The Mermaid Model Project is a body painting and digital scenery shot that was conceived and executed by Philadelphia based makeup artist Morgan Chalfant. (www.MorganTheMakeupArtist.com) 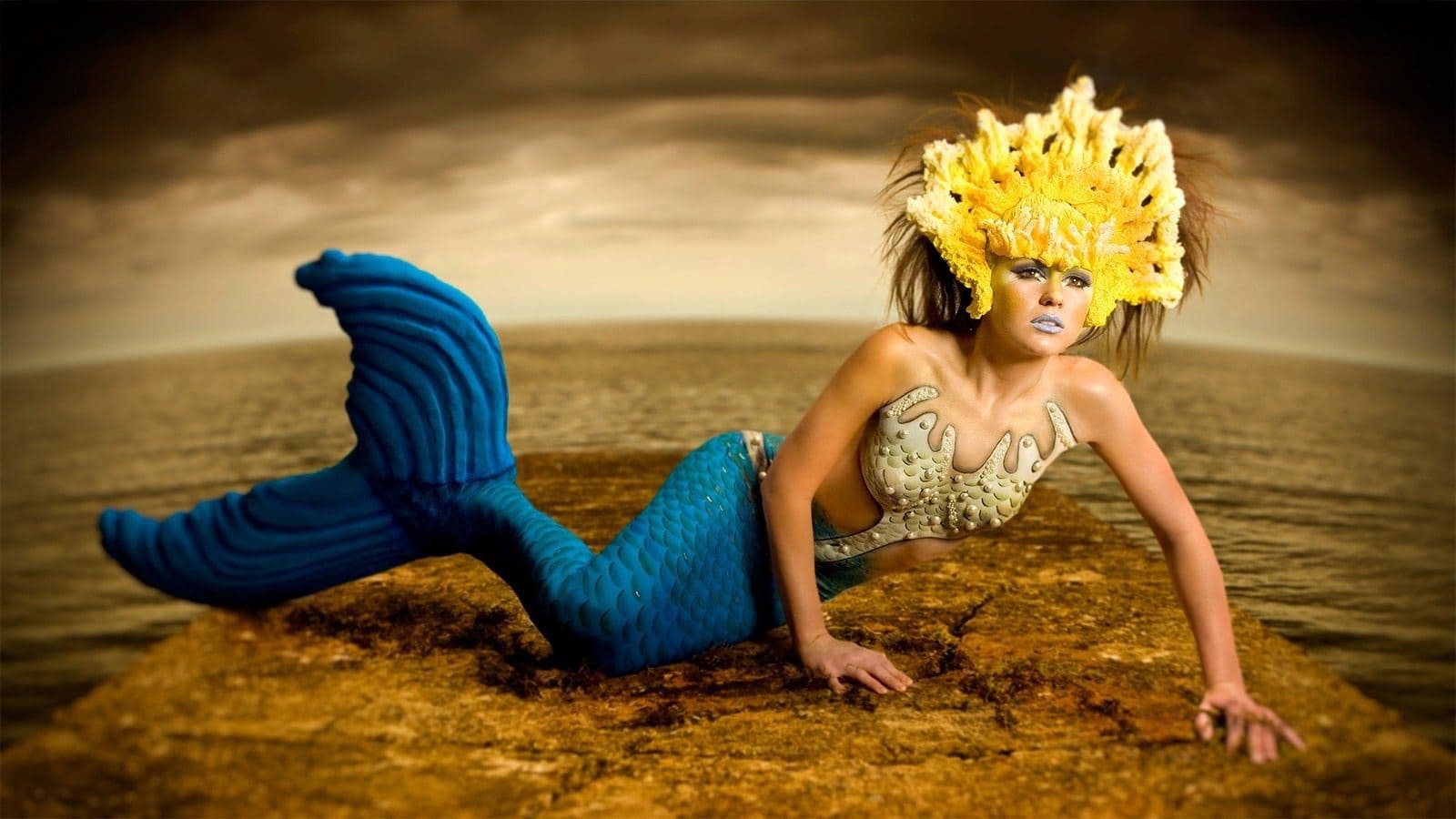 We made the decision early in our discussions that we didn’t want a Disney styled mermaid.  We wanted a look that was both mythical and grungy and we decided that the mermaid would be out of water and dragging herself across dry land.

Morgan began by sketching her mermaid, beginning with simple outlined drawings and progressing to detailed sketches that would provide her a roadmap to create the body painting of the Mermaid in the studio.  Once she had her mermaid designed she forwarded the sketch and I began the search for an appropriate background.  The decision was also made to create the tail and fins as a costume piece and to body paint the outfit from the waste up. 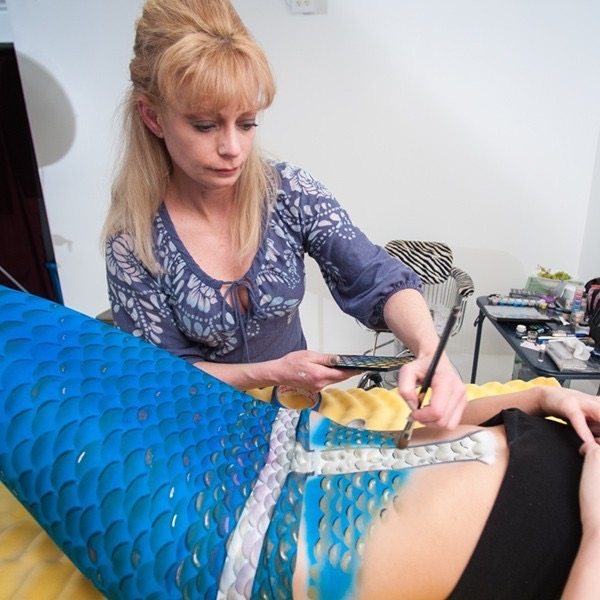 We chose Philadelphia based model Megan not only for her petite figure and beautiful face but also for her composure and patience as this shot would require about 6 hours in hair, makeup and body painting, not to mention at least 30 minutes of shooting in a very uncomfortable pose.

Beginning with hair and then makeup and then a combination of body painting and airbrush makeup, Morgan methodically brought the Mermaid to life.

On the day of the shoot we took test shots at various stages in the process to insure that we would be ready to shoot when Megan’s transformation was complete.  It was important to have a plan in place so that we could minimize the amount of makeup and painting that was required, by only painting the parts of Megan that would be seen in the shot.

Planning the pose in advance also allowed us to be sure that the pose and lighting would fit well with the background image that we had selected as the setting for the shot and also to help minimize the time that Megan would have to spend in the pose. 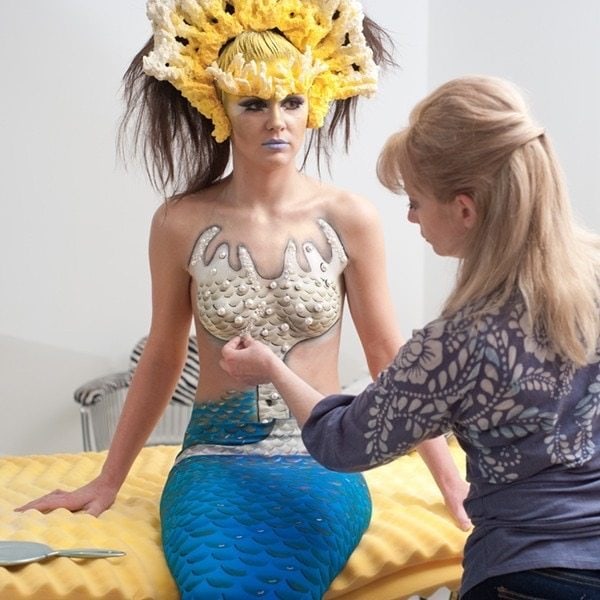 In order to make the digital transition a little easier, Megan was photographed on a base that was similar in color to the stone wall and we added some seaweed for effect.

Lighting was kept as simple as possible.  I shot with a 22” Beauty Dish to the right and above the camera to place emphasis on the face and upper torso of the mermaid and a single studio strobe with an amber gel was bounced onto the ceiling and background to provide some amber tones which would help make the masking an easier process when adding in the stormy background.

The raw image is bland without the background in place.  The addition of the stone wall and storm clouds completes the story and gives the mermaid a sense of place. 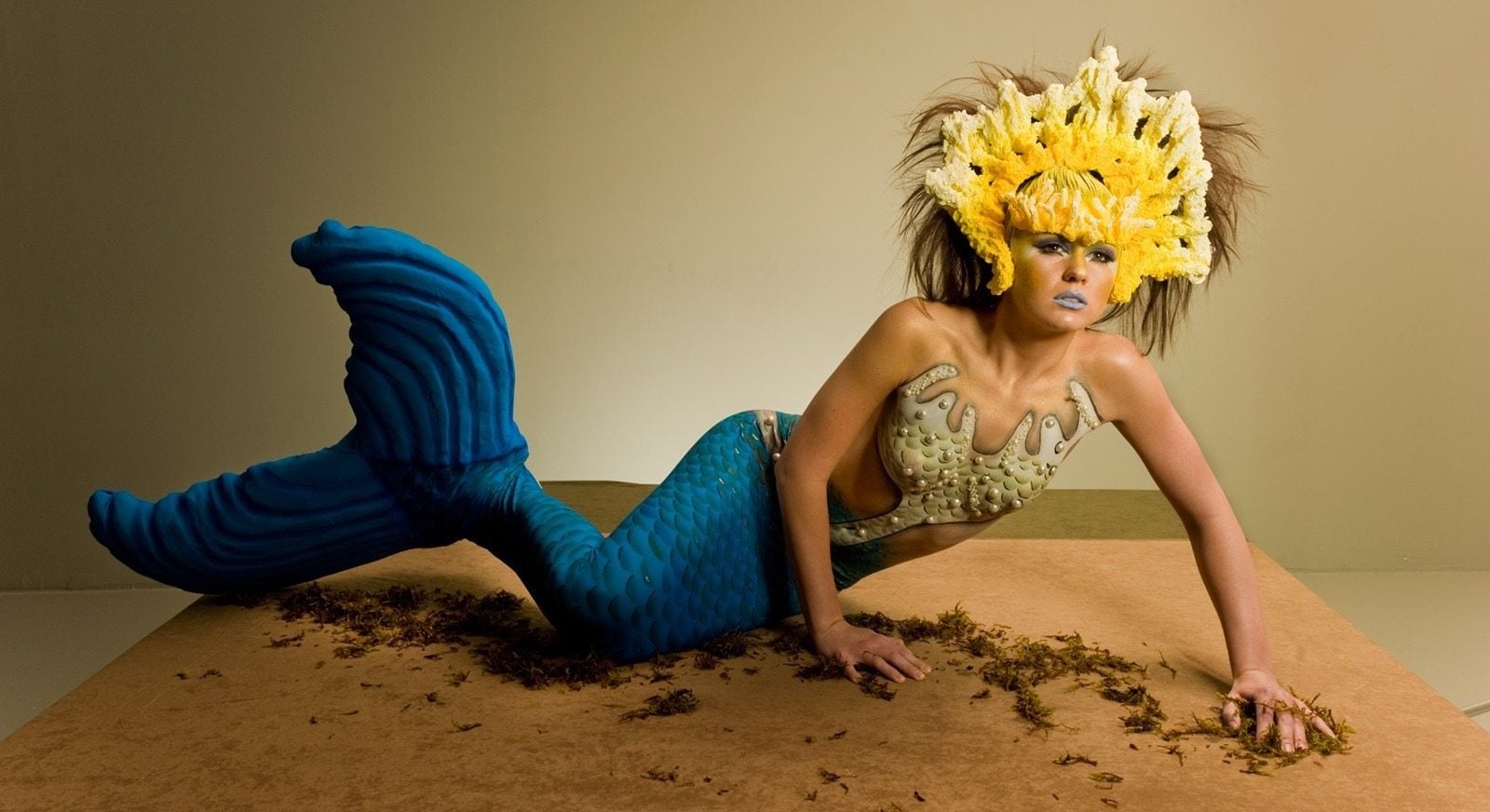 Be sure to watch the video above for a behind the scenes look at the body painting and studio setup for the Mermaid model project. 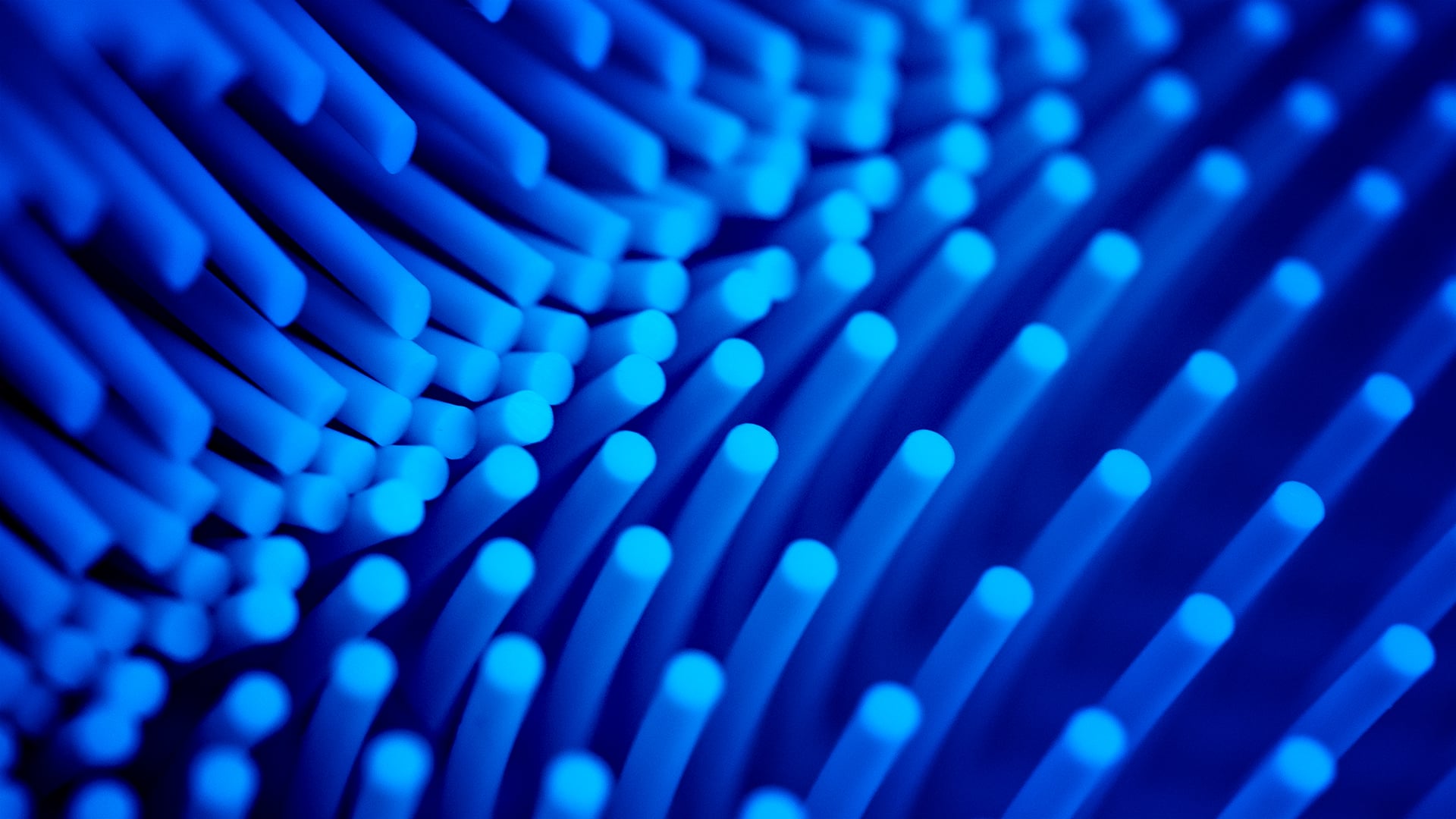 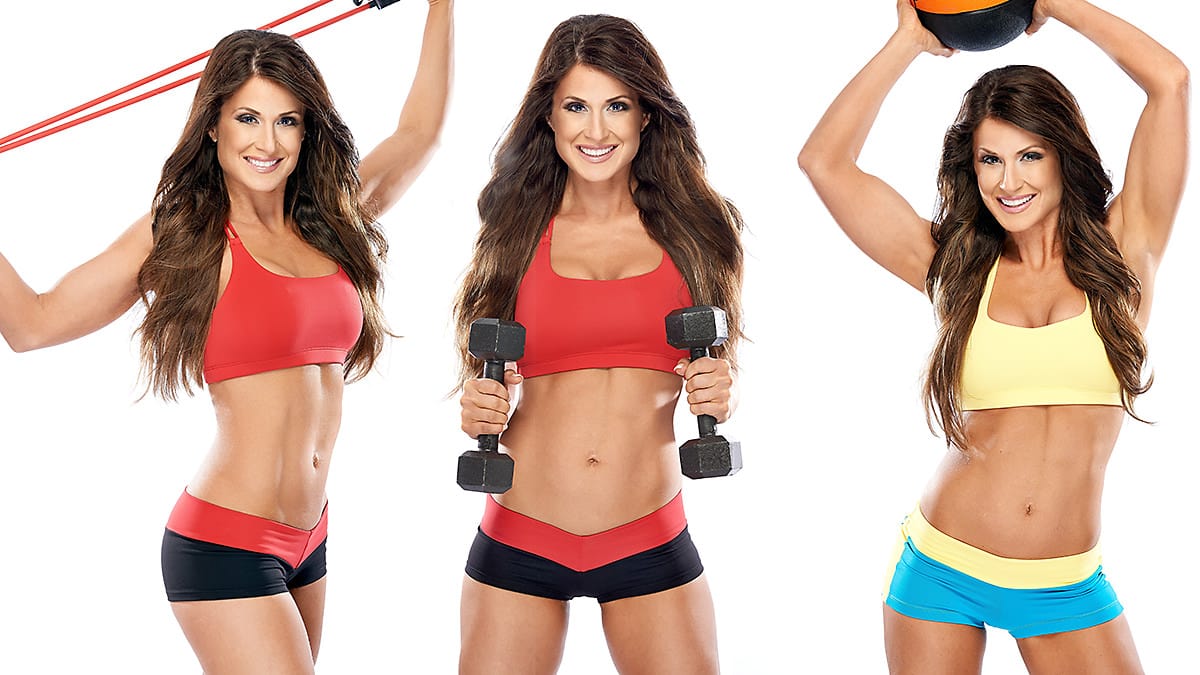 How To Shoot a Fitness Magazine Cover Shot