Somewhere in the learning curve of lighting and photographing beautiful women, photographers are taught that direct flash sucks and you should never use it. Yet, ironically, magazines like Maxim publish several covers a year shot with one light direct flash and the model or celebrity standing in front of a white wall. Here, I’ll be showing you how do awesome one light direct flash glamour shots just like the ones you see on the cover of Maxim Magazine.


Photographers like Terry Richardson have built a career out of direct flash lighting, and now with the Instagram generation getting bored with filters and window light… direct flash is making a comeback.

I know.. some of you are feeling some tightness your chest right now. Take a deep breath, it will all be okay.

The beauty of direct flash is that it is simple. Really simple. But there is a catch… you have to be okay with shadows. Now indeed, shadows can be very ugly and unflattering, but when a shadow is well placed, it can be minimized, plus it can add a feeling of more depth, contrast, and sharpness to an image.

Seriously, if you are a zombie photographer that follows all the rules… you might want to click away now, I don’t want to confuse you.

Remember: crap in, crap out. These kind of glamour shots really rely on personality if you really want them to feel sexy.

Below is a series of shots that I have done with one direct flash, no modifier, and the subject standing in front of a white wall. Of course you could do gray or yellow or just about any color. 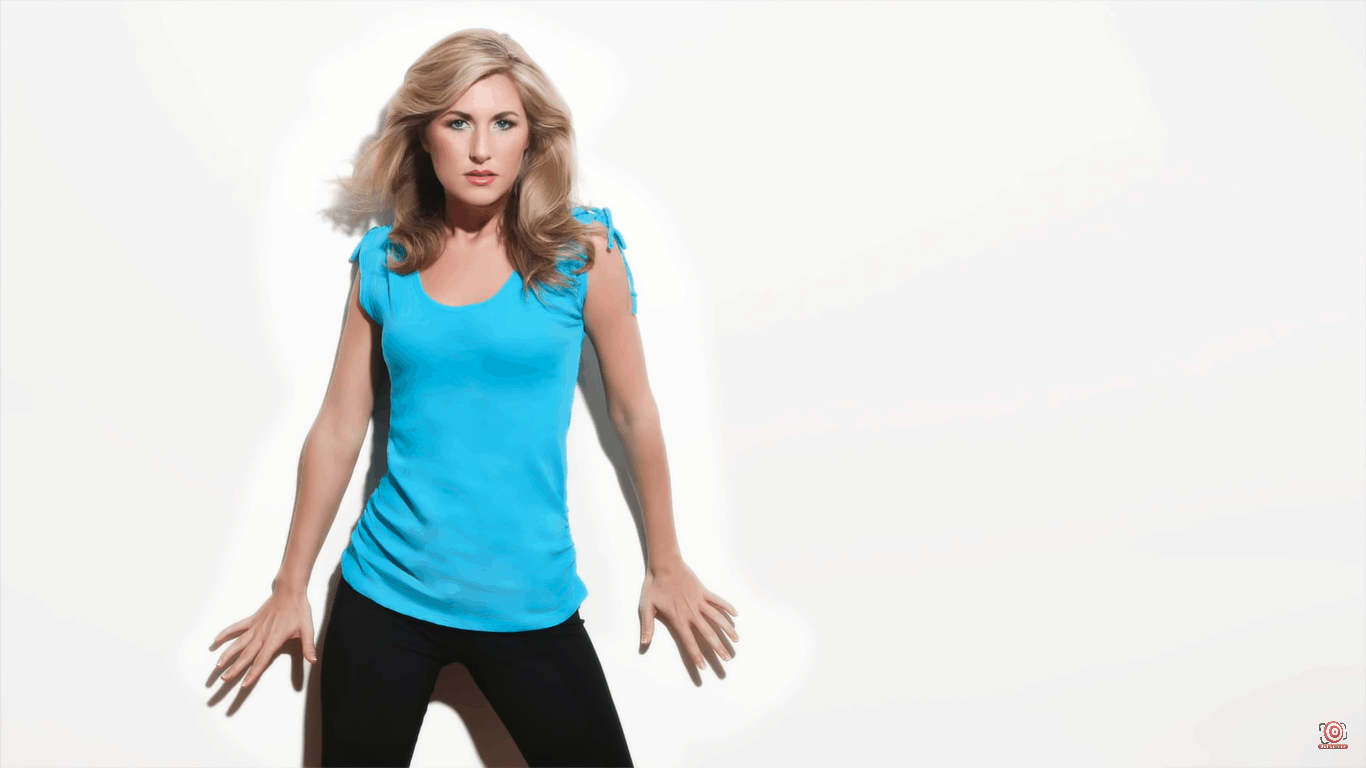 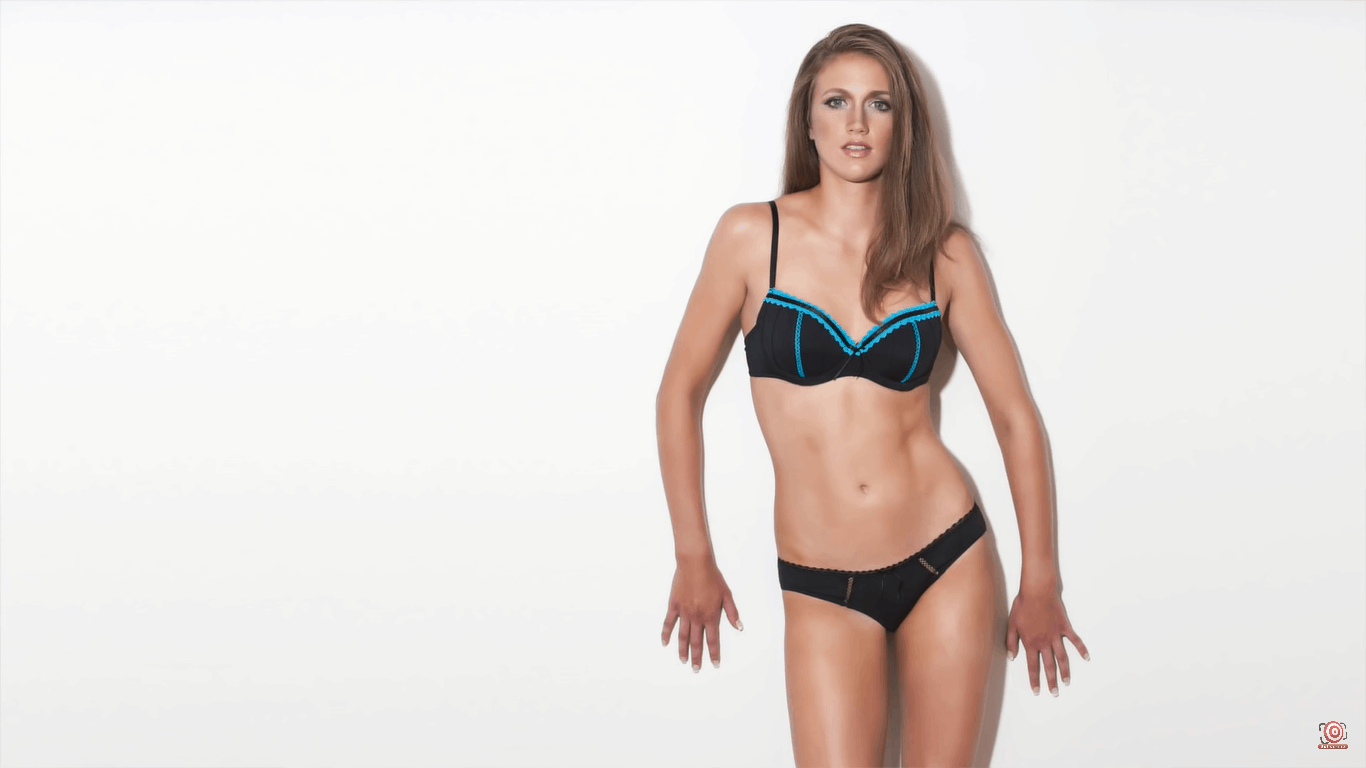 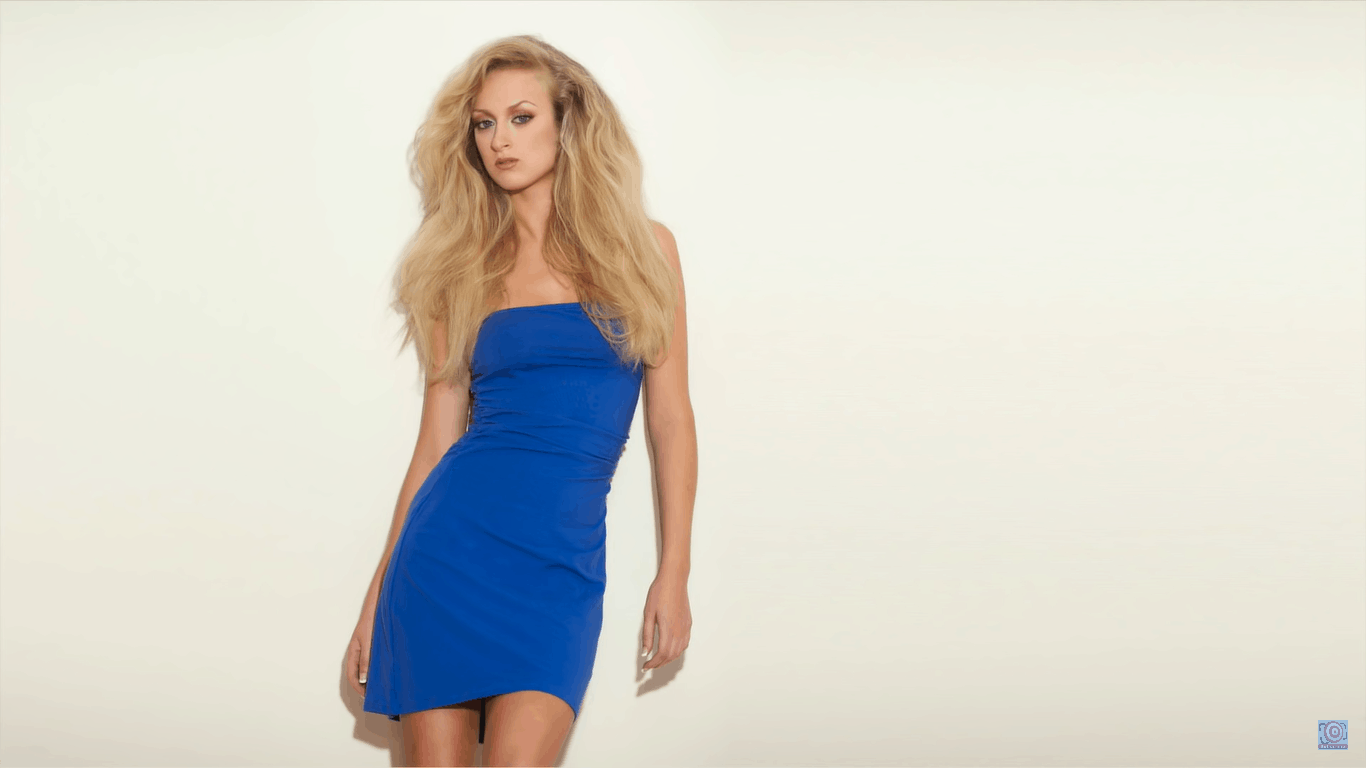 For the sake of walking through the details, we will use this shot below: 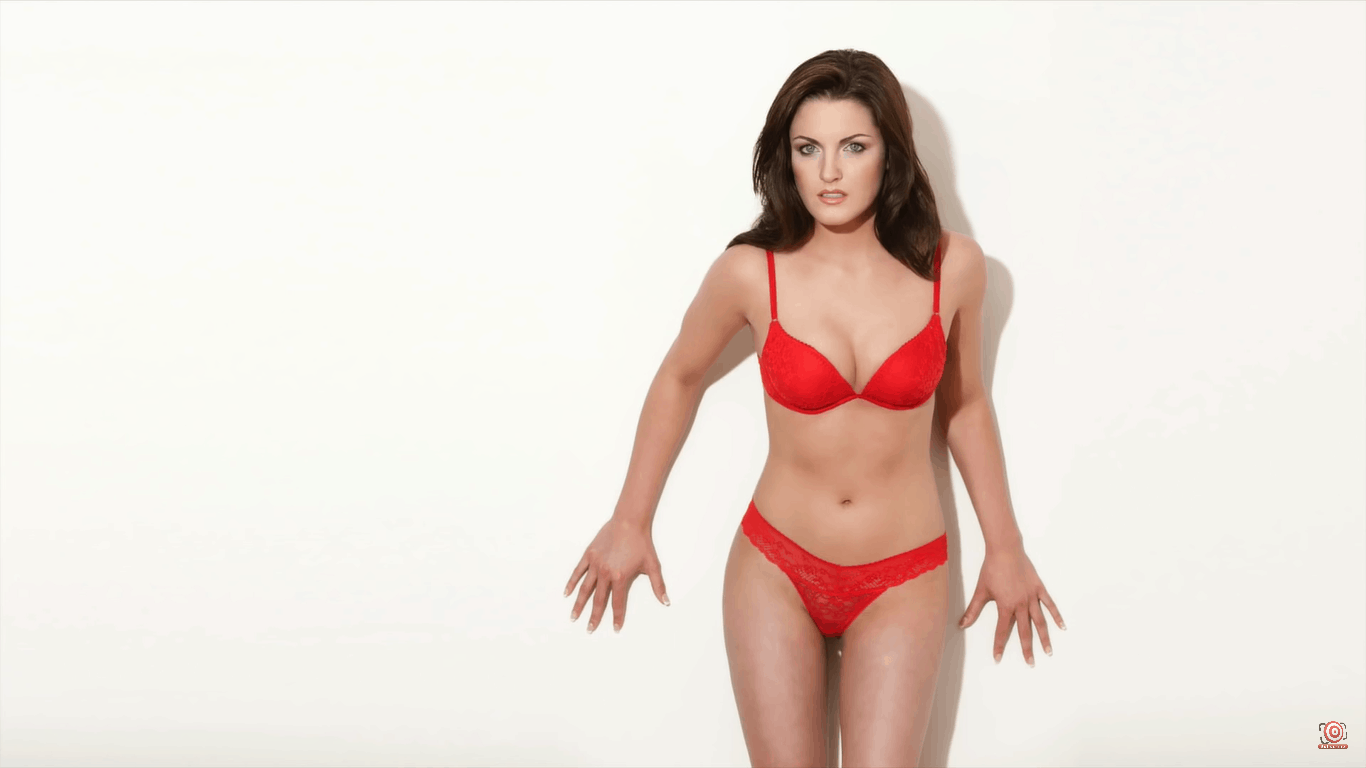 I lit the shot with one Paul C Buff AlienBee B400 which is a 160WS strobe. You can tell from the shadow that the strobe is set off to camera left.

The most important lighting factor for this technique is to have your subject’s face turned towards or nearly towards the light, otherwise the nose will create a very ugly shadow. Hopefully you realize that you also have to be careful with hand and arm placement. If she were to bring her right hand up to her hair, the arm would create a horrible shadow.

Another key to the lighting is how high you set the light. Set it too high and this shadow below her chin gets much bigger. Set it too low and she becomes a zombie.

I frequently talk about using a slightly low camera angle for glamour so that I am putting the model in a position of power and confidence. With this model’s posture and serious expression, I decided to go with a slightly higher angle so that I am looking down on her to add a little tension to the mood of the photo.

The final image required very little post production beyond the usual color, contrast, sharpening and of course removing of blemishes.

Below is another shot that is basically the same set-up, except the flash is mounted directly above the camera. It is a Flashpoint 320m which is a 150ws strobe. 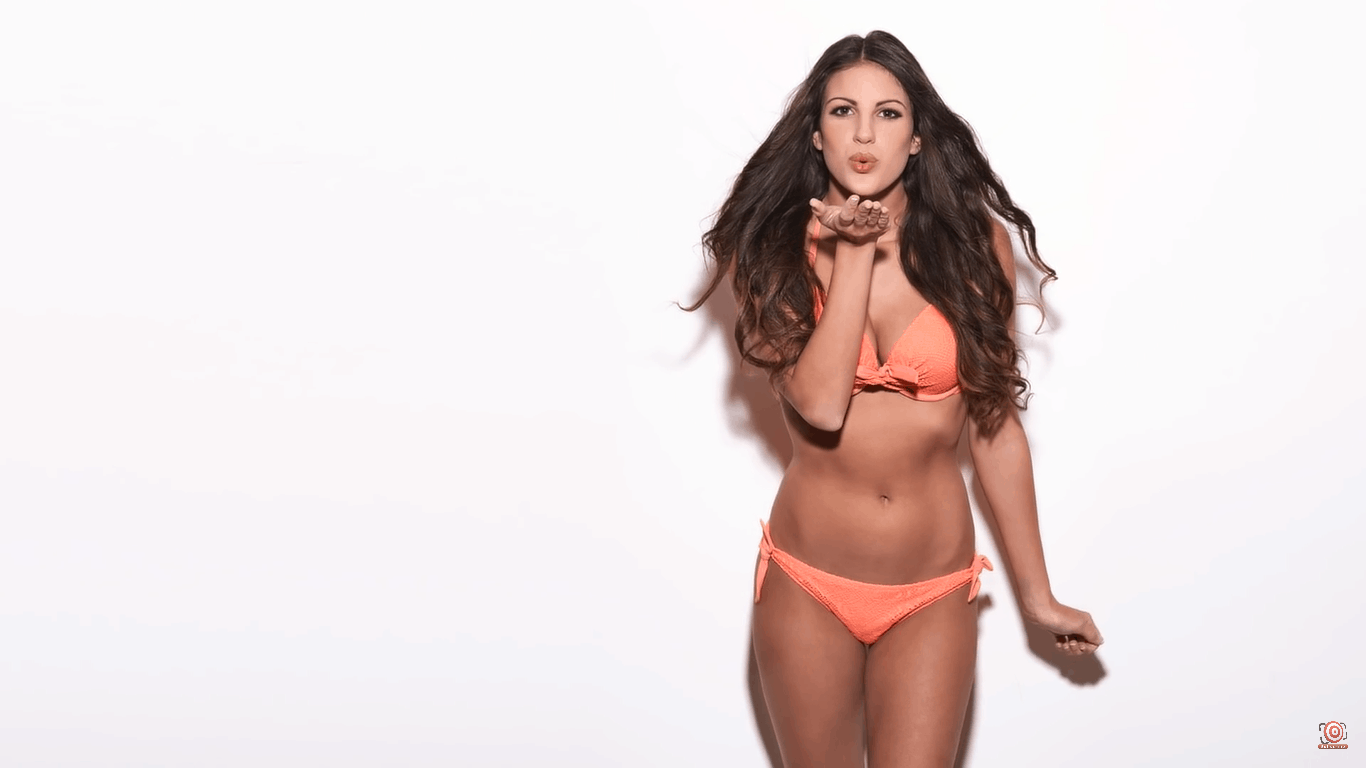 You can see that the shadow falls behind her and since the strobe is just slightly above the height of her head, the shadow under her chin helps to define her jaw.

This shot is also a great way to learn about light. You can see below in the 3D rendering that as I shift the position of the light, the shadows change the image drastically, especially the perceived shape and size of the model’s face and body.

As always – the possibilities are only limited by your own imagination.

If you’d like to learn more, check out my other video: How to Shoot a DIRECT FLASH Glamour Shot or Beauty Portrait – Lighting Tutorial.

I hope this sparks some ideas for you. Take this idea and run with it! Go pick up that camera and shoot something because your best shot is your next shot! 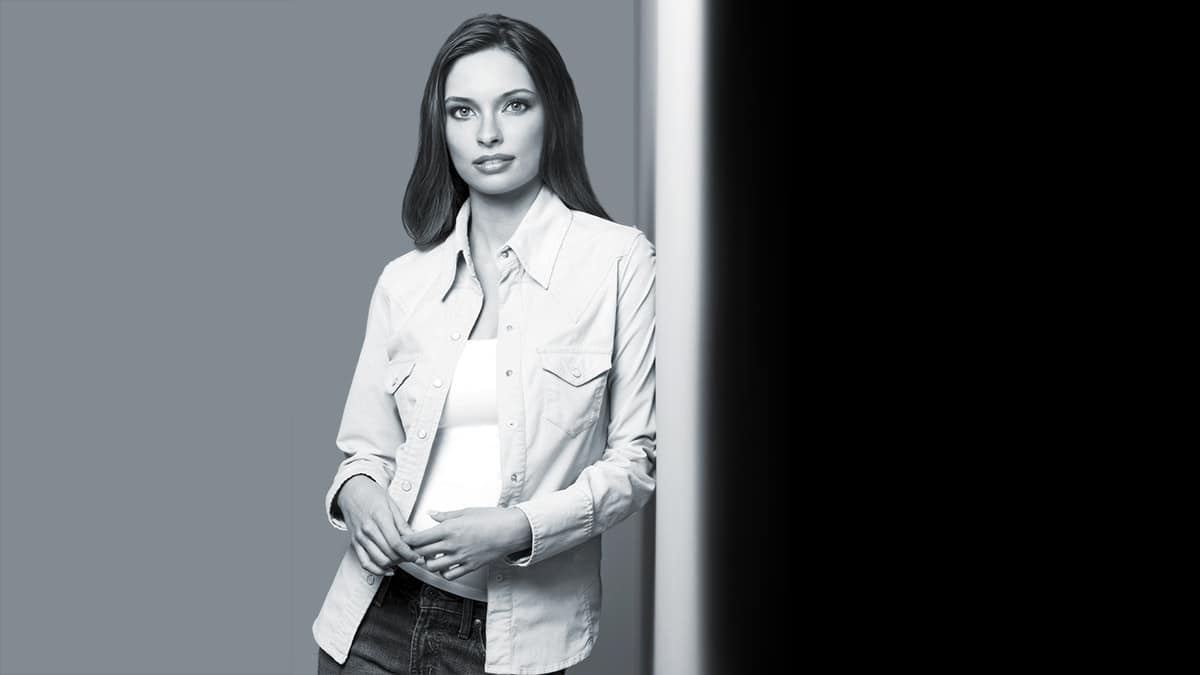 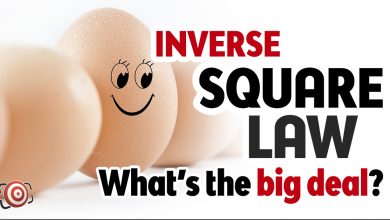