Grab your Jedi robes and your stuffed Ewoks, because I’m about to show you how to make a bigger, brighter, light saber than any of the ones you see in the Star Wars movies–perfect for photographing Princess Leia. These lightsabers are even daylight balanced and great for shooting portraits both in studio and on location.

Light modifiers come in all shapes and sizes and, indeed, the cooler they are the more they tend to cost. As I have mentioned in the past, the only thing that makes one modifier better than another is how well it solves a problem in any given situation. If you understand light and the Inverse Square Law you can work with inexpensive modifiers and do the same things that the more expensive ones do. Remember my article on creating beauty dish light with a cheap shoot through umbrella?

Recently Broncolor, the Swiss lighting company, announced what they call an ultra-portable light shaper called the Litepipe P. This is a 49 in. 360 degree light modifier with a 6.7 in. diameter that works only on Broncolor strobes and sells for a mere $1,289.60 at B&H photo. But it does come with a case.

I don’t see a lot of use for the 360 degree spread in still photography, but the Litepipe P. has attachable reflectors that turn it into a long strip light.

So the Litepipe P. is kind of a cool concept, but at twelve hundred dollars and limited to use on Broncolor strobes… it’s pretty much worthless to most of the photography community. If you like this idea, there is a company in Florida called Saberstrip you should really check out. Designed by a photographer, for photographers, the Saberstrip is a speedlight modifier made from military-grade phenolic tubing and high-tension spinnaker cloth. The Saberstrip is 39 in. long with a diameter of 3.24 in. and it weighs just 1lb 2oz without the flash installed.

The way the Saberstrip works is that you unscrew the cap, mount your speedlight, and insert the entire speedlight into the tube. Now, in my opinion, that’s a design flaw.

Since your strobe is inside that tube, you can’t access the controls. Not all speedlight flashes will fit inside the Saberstrip, and, depending on your triggering system, you have to attach the receiver to the outside of the tube and run the cable into the tube. Even for a lot of the smaller hotshoe-type receivers, you have to purchase special cords to get them to work inside the tube. Saberstrip does give compatibility guidance and cord recommendations on their website. The Saberstrip sells for $135.00 and it is available for order in the US, Canada, Europe and Australia.

Light modifiers of this type can be a nice addition to a photographer’s lighting arsenal. Obviously, the Saberstrip that works with your existing speedlights at $135.00 makes much more sense than the $1,200.00 LitePipe that requires you to also use Broncolor strobes. But for me, spending even $135.00 for something that will only get occasional use is hard to justify. So I set out to create my own DIY light strip light saber modifier. Along the way, I came up with a few feature tweaks that I feel make it even more versatile than those on the market.

Or, build your own 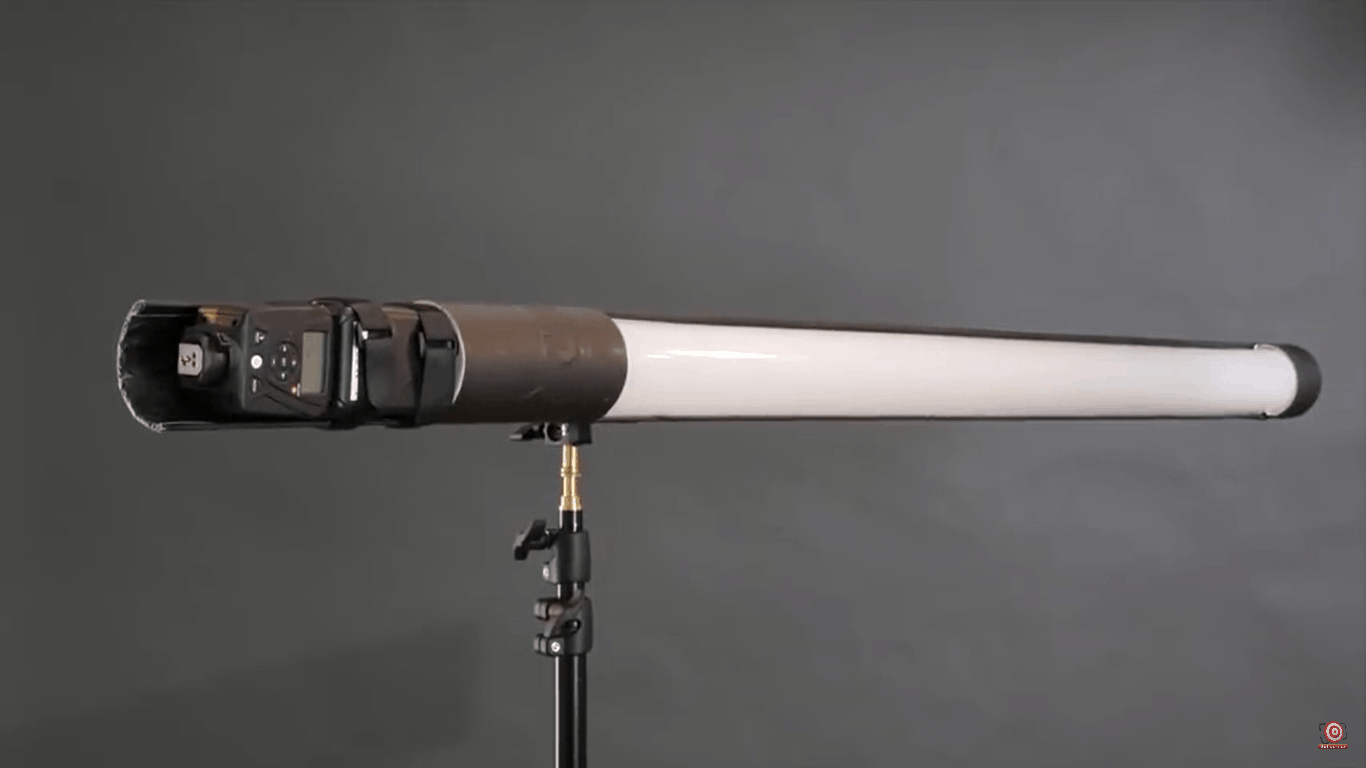 One 3” x 60” Kraft mailing tube with end caps.
Two 1” x 12” Hook and loop cable tie down straps
One 24″ x 48″ sheet of white translucent plastic film (which will allow you to make as many as 4 lightsabers)
One Tripod screw holder adapter
One Flash speedlight umbrella holder
One 1” flat washer
One 1/4 20 x 1″ screw
Black Gaffers tape
White Spray Paint
SuperGlue
A jigsaw, table saw, or a very sharp utility knife to make the cuts

With the design of the Saberstrip in mind, I wanted to find a solution that would allow me to access the controls of my speedlight without having to remove it from the tube. I was also concerned about mounting the entire weight of the unit by the end cap. The end caps that come with the mailing tubes are thin plastic, so I knew that wouldn’t work.

Since the tubes are 60 in. long I decided to use the whole tube. You could certainly cut it down to 48 in. or 36 in. and make a small strip modifier.

I measured 8.5 in. from one end of the tube then cut out half of the tube to make the tray for my speedlight. I used two 2″x3” boards as a guide to draw the lines on the tube that needed to be cut. 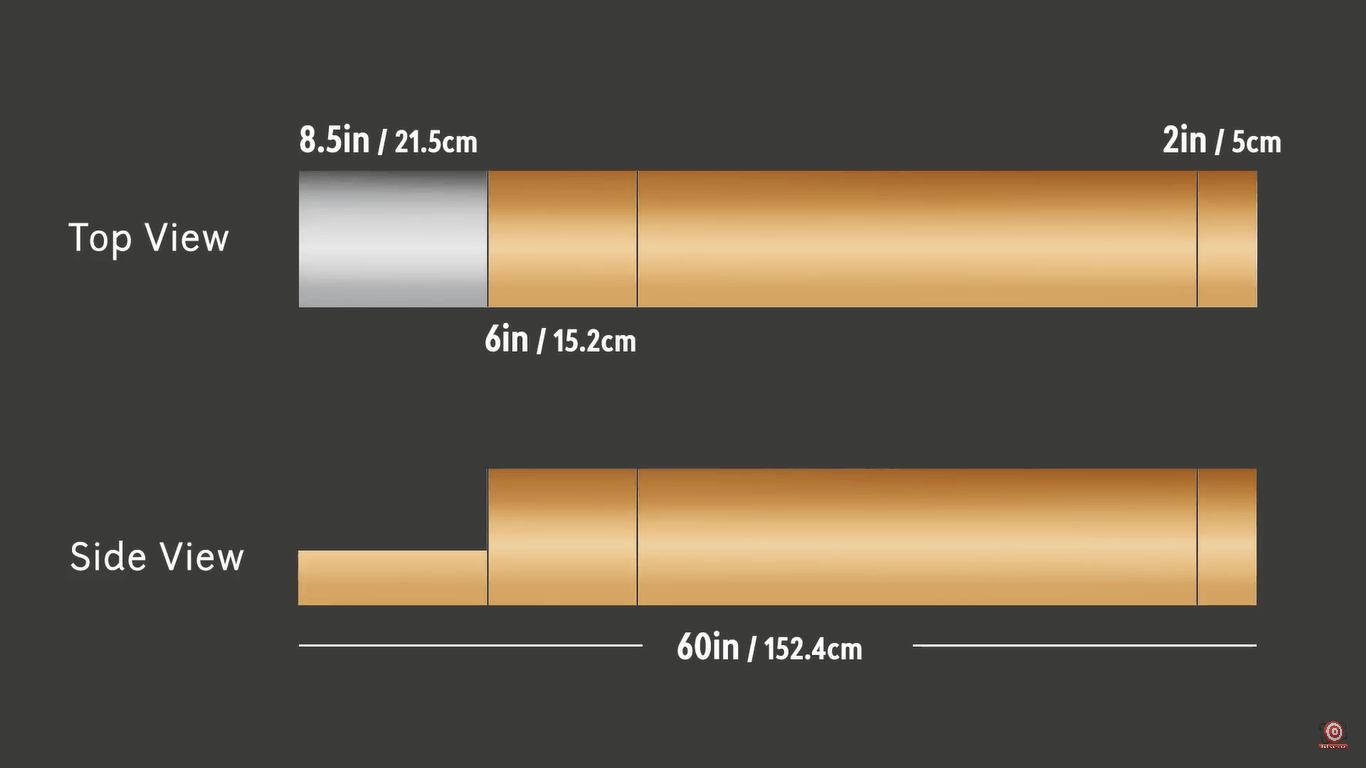 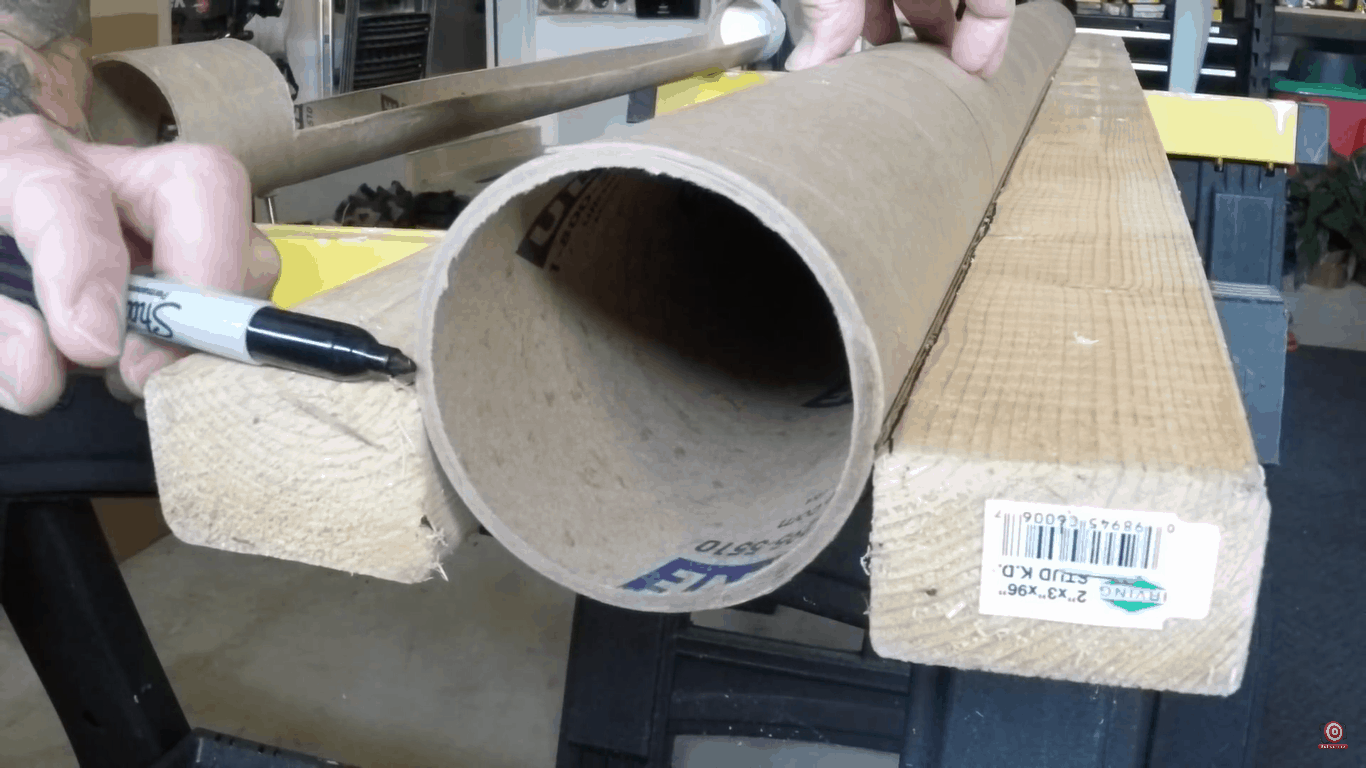 The next step is a quick coat of white paint on the inside of the tube. It is important to paint the inside of the tube, otherwise your modifier will not be giving you daylight balanced light because of the brownish yellow of the cardboard tube. Once the paint dries it’s time to cover the tube with the black gaffers tape. My original plan had been to paint the outside – but the gaffers tape was faster, looks just as good, and gives it a texture that makes it easier to grip the modifier. 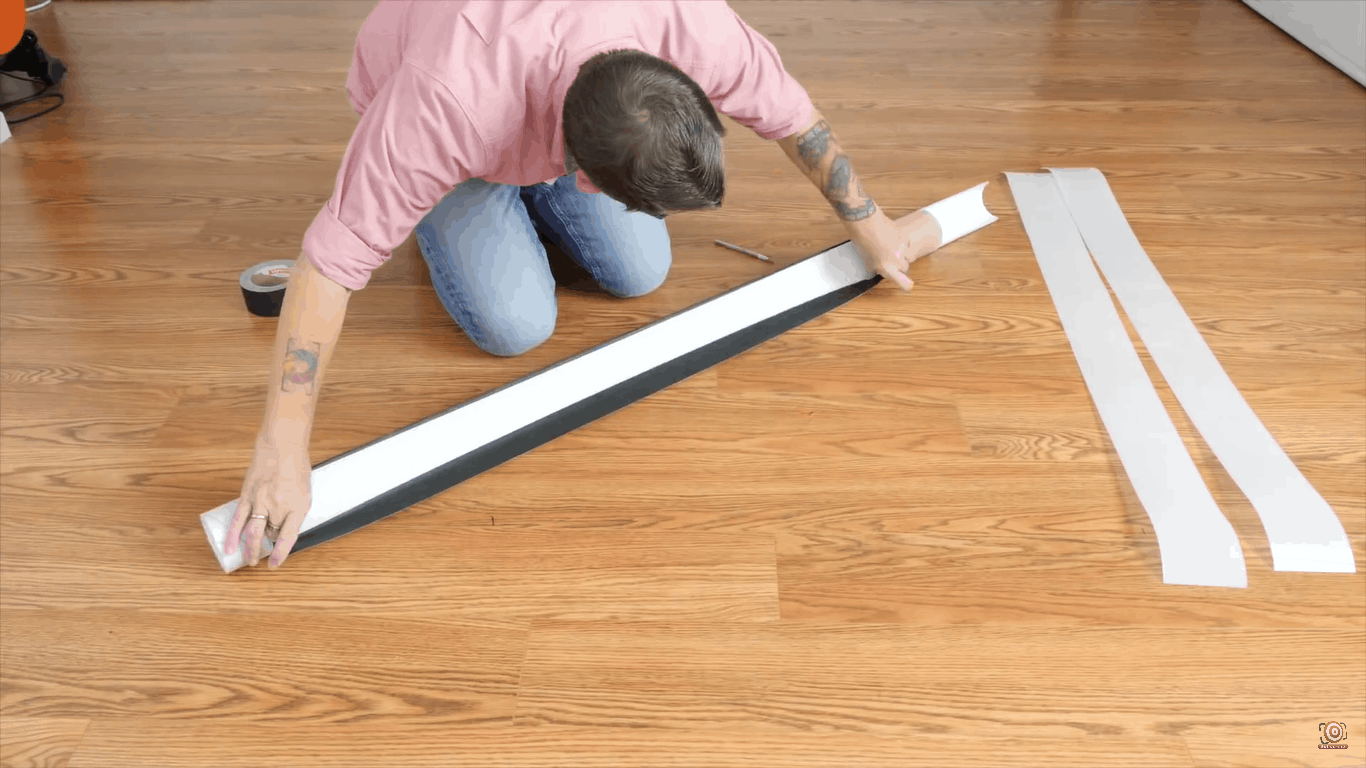 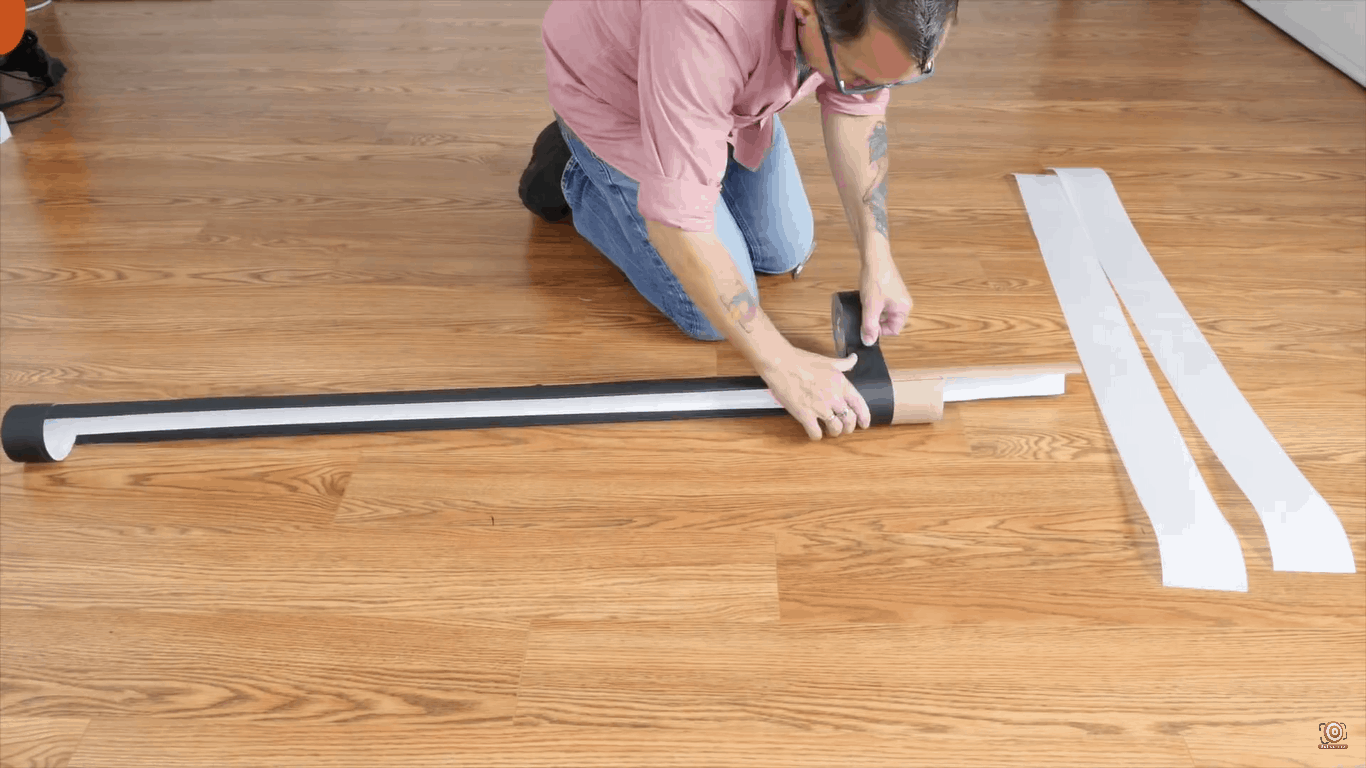 Next I super-glued the two hook-and-loop cable ties to the unit to hold the speedlight in place. 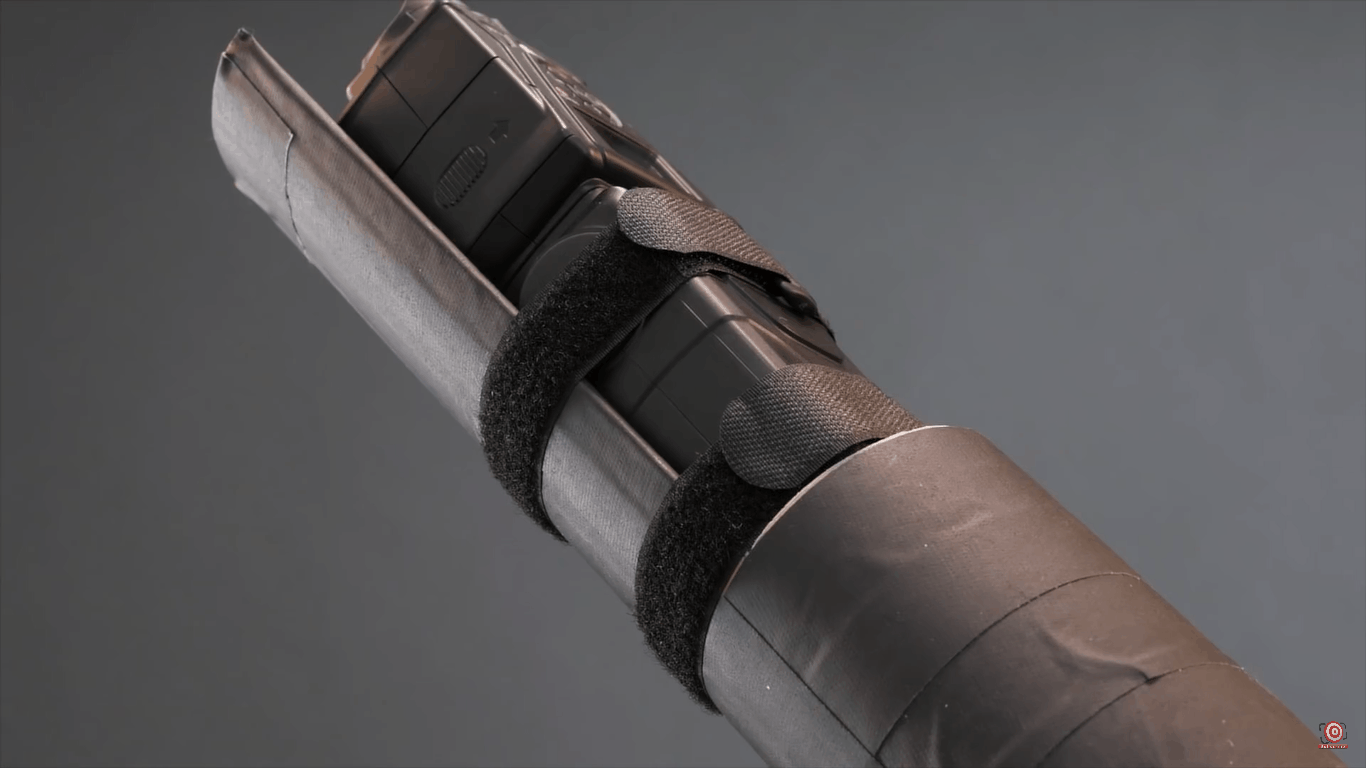 Then I strapped in the speedlight and balanced the tube on my finger to find its balance point. This is a very important step, so take your time and do it right. 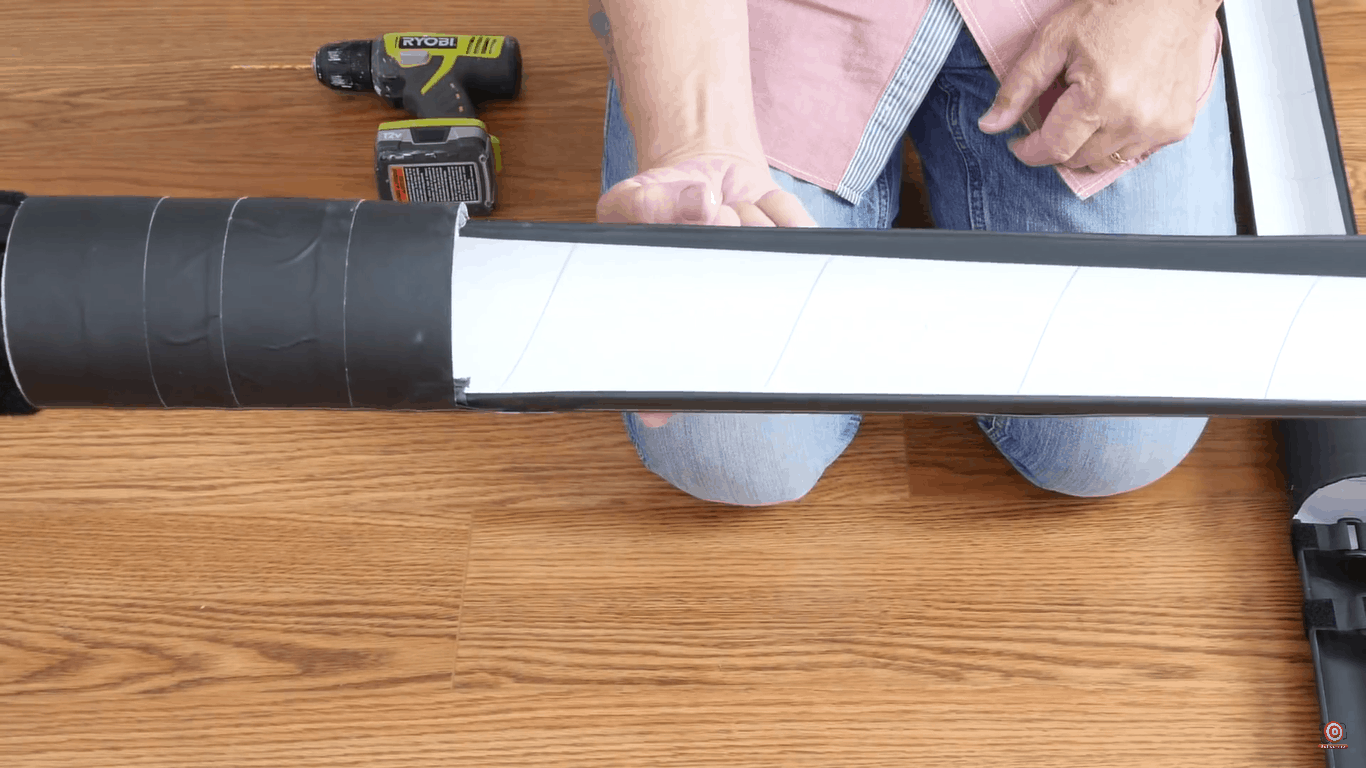 I marked the balance point and drilled a hole for the 1/4″ 20 screw. Then I simply placed a washer over the hole, inserted the screw, and attached the tripod screw holder adapter and tightened as much as possible. 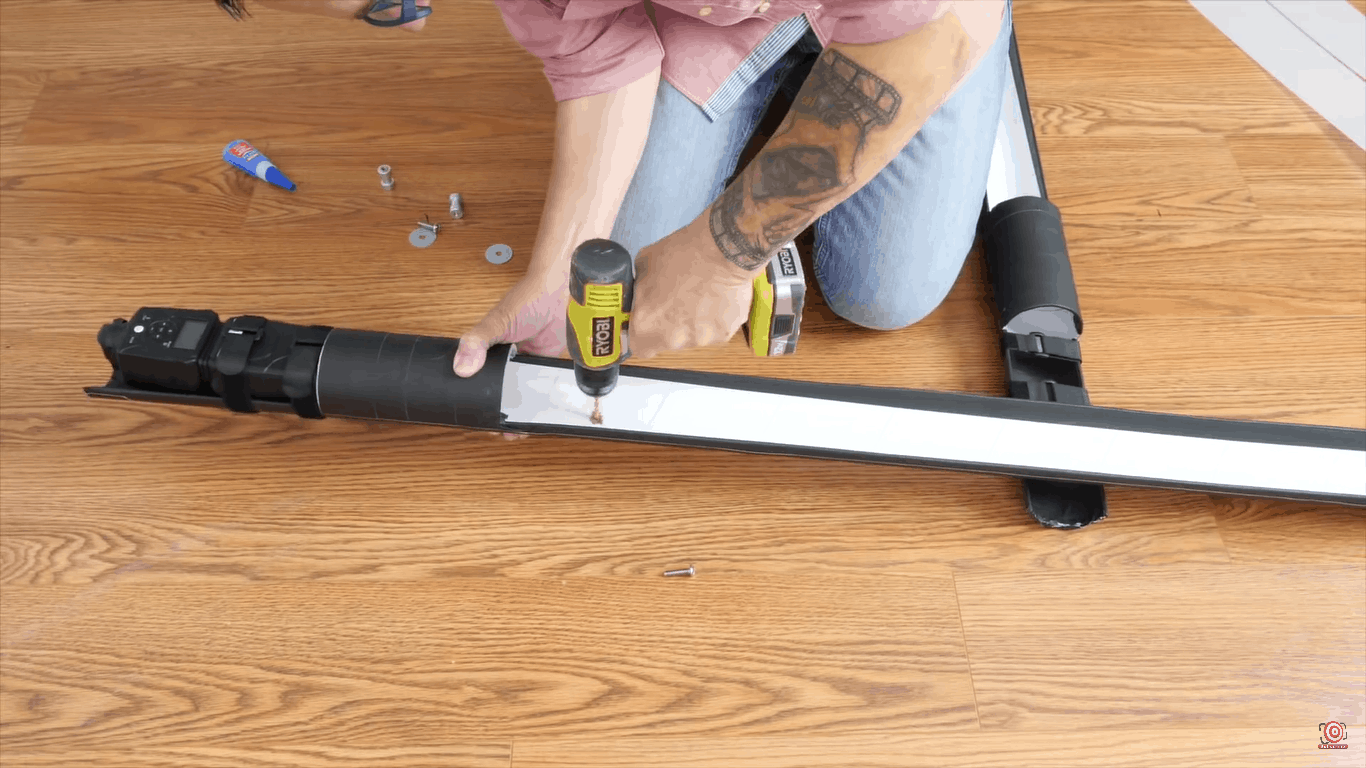 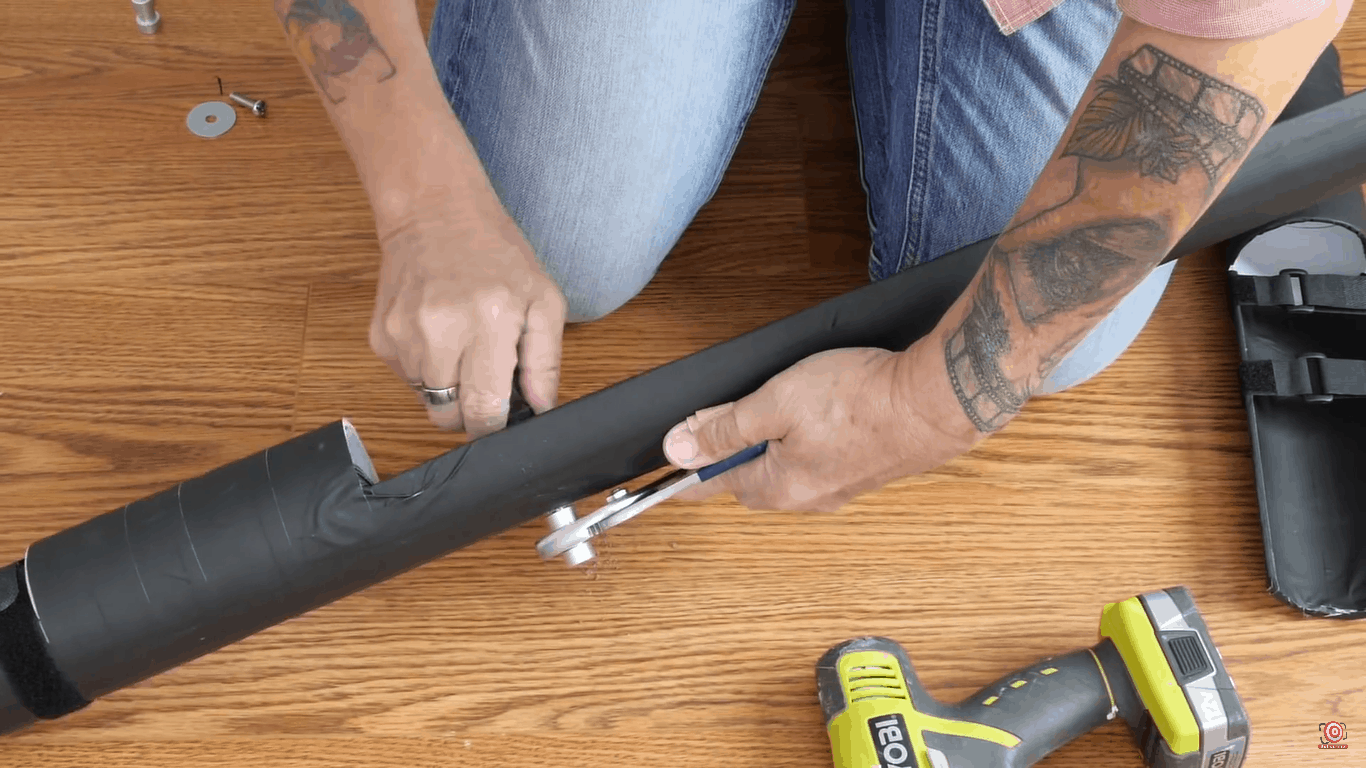 It is super important that you do this with your speedlight attached to the unit otherwise you will be placing unnecessary stress on the cardboard tube when you try to balance it on a stand.

Next, I cut a piece of the stiff translucent film. In this case, I cut it 6 in. wide by 48 in. long. Then simply curl it, slide it into the opening of the tube, and release. If you want to make it permanent, a few drops of super glue will hold it for good. 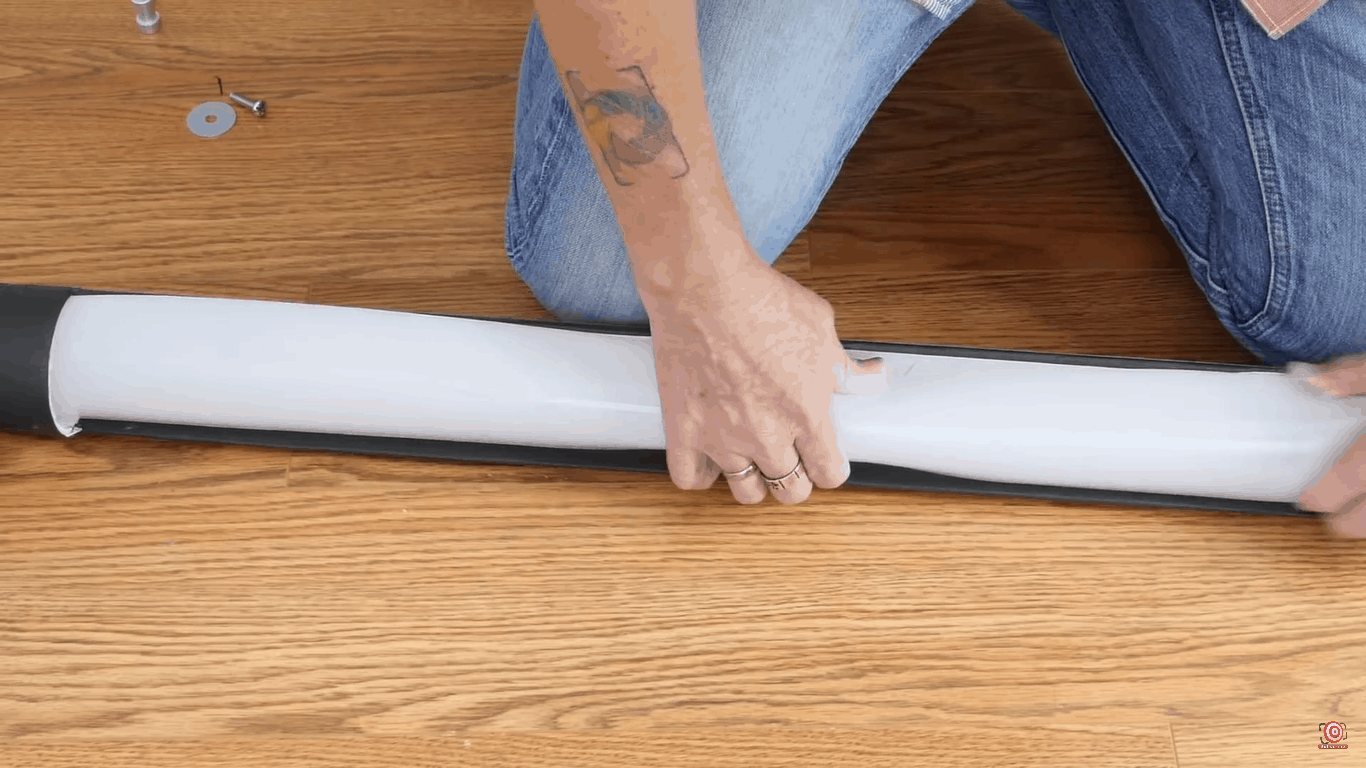 For the final steps, add the end cap so that light doesn’t shoot out the end of the tube, and add the speedlight umbrella holder.

For just over $20.00 you have built your own speedlight light saber with a 44 in. opening that weighs only two and a half pounds without the speedlight. 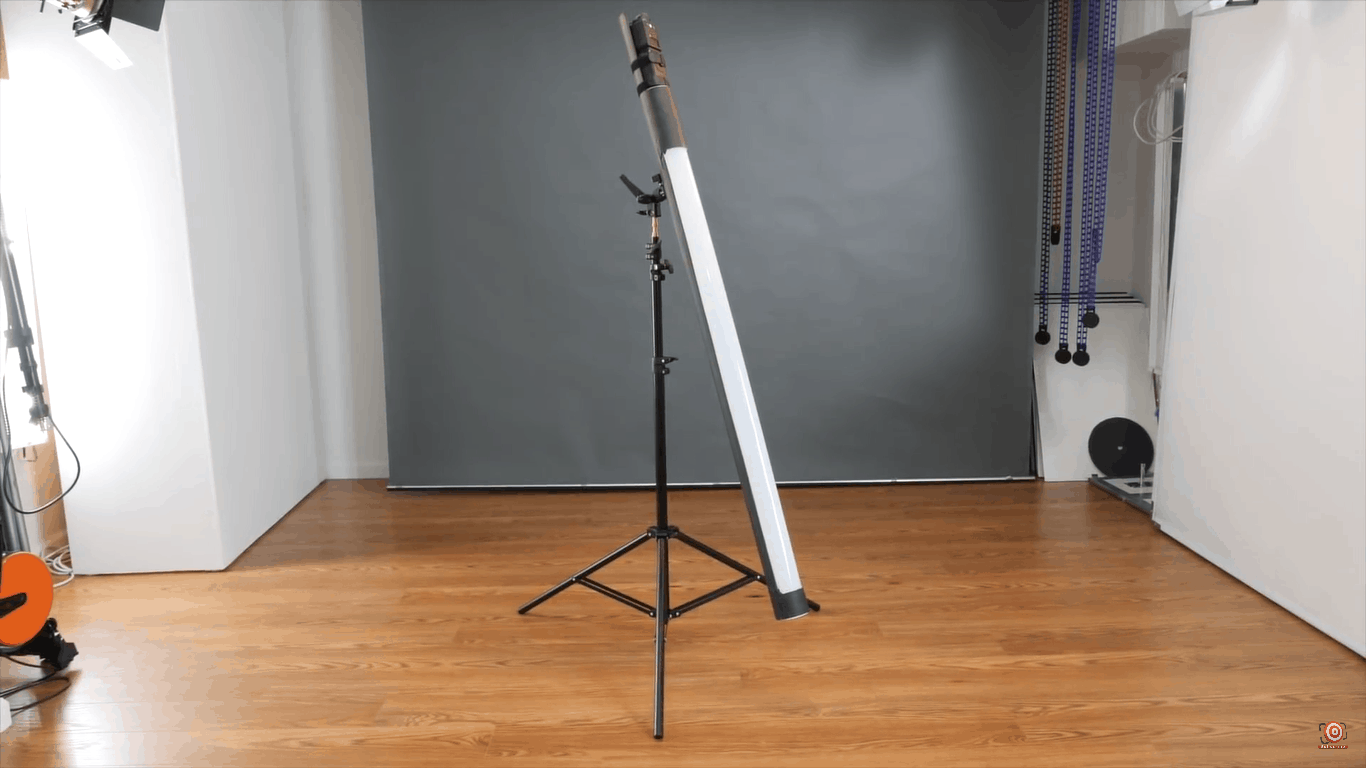 You can mount it vertically or horizontally and the adjustable speedlight umbrella holder lets you set up in just about any angle or position you want to. And since it’s lightweight, it will easily work on compact light stands without wobbling.The tube is also wind-resistant, meaning it’s not going to blow around outside like a big softbox would.

Plus, you can access the controls of your speedlight – without having to remove it from the unit.

Let’s shoot with it!

Here is the light spread that you get with the lightsaber in a vertical position at 3 ft. from a gray background: 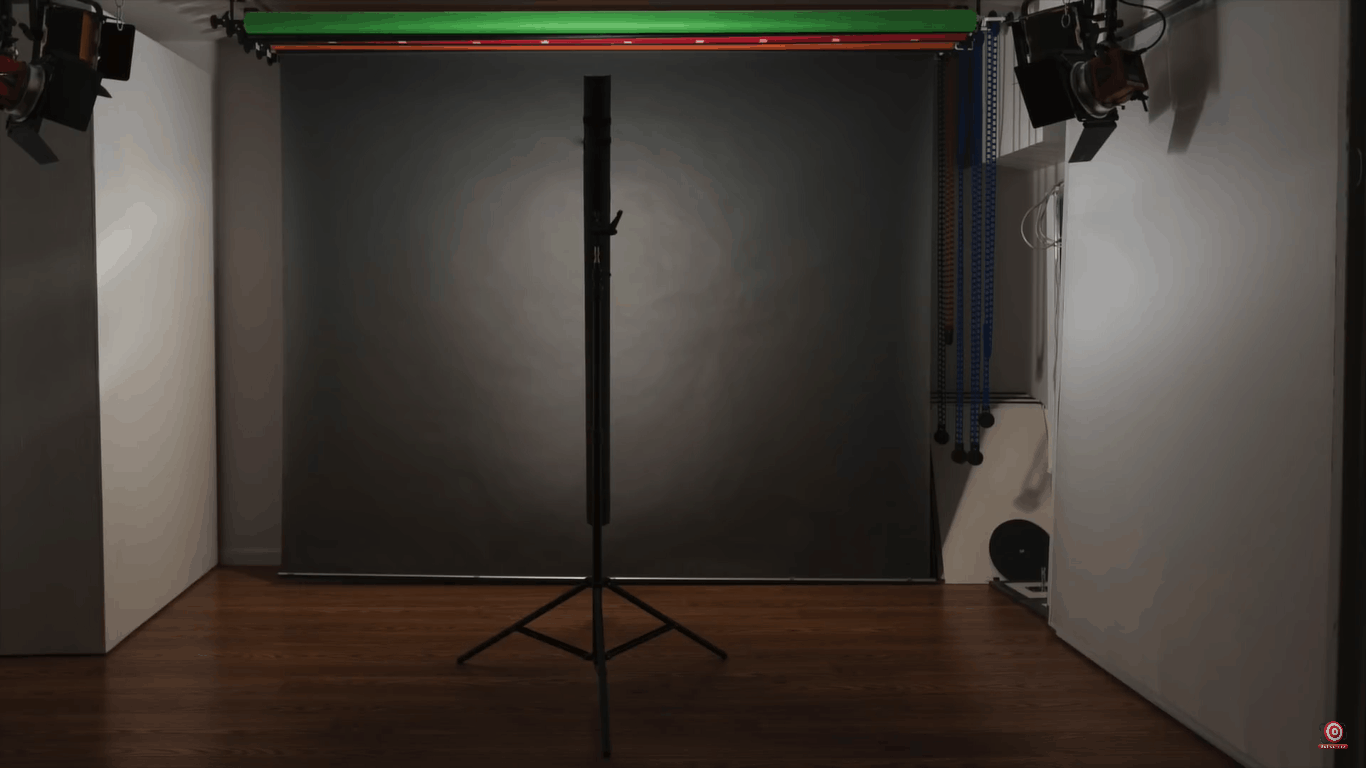 And here is what you get in a horizontal position at the same distance: 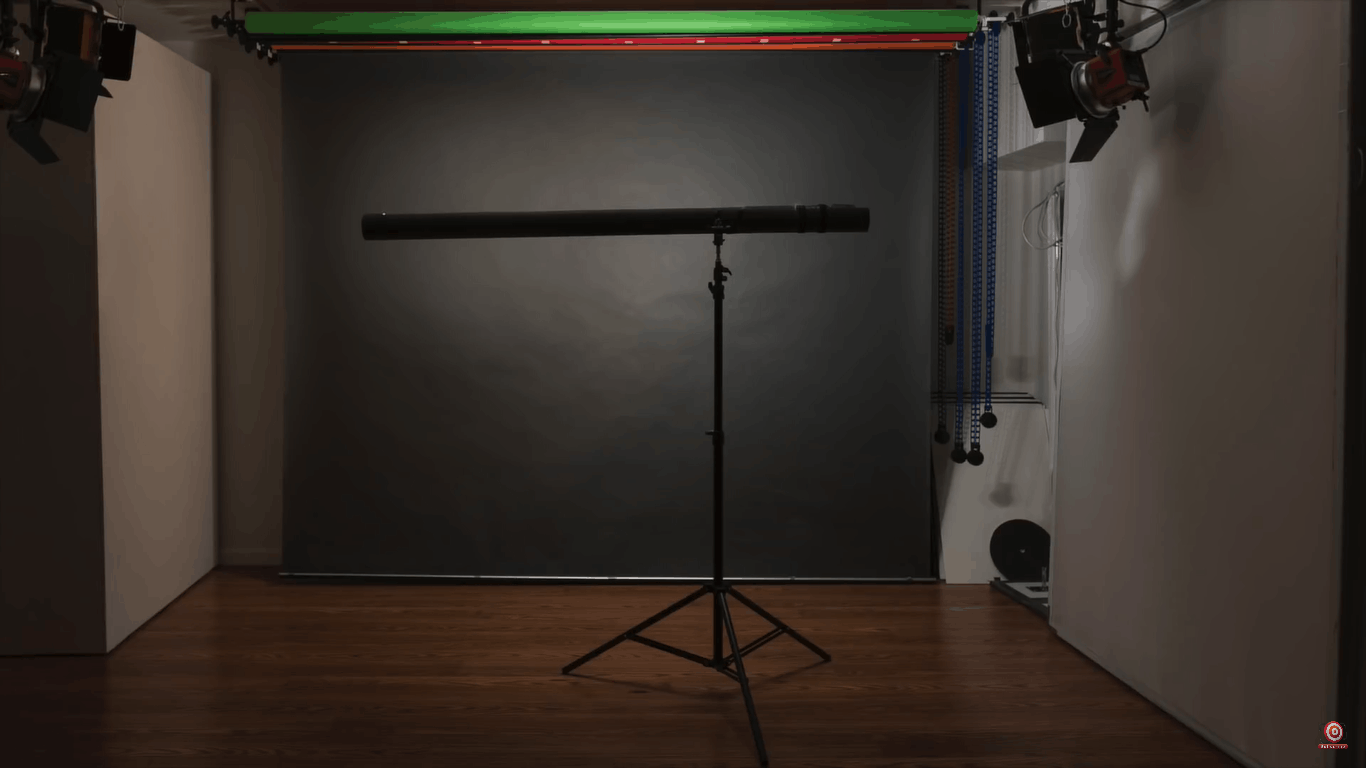 For vertical shots, I tend to place my speedlight at the top as opposed to the bottom, so that any amount of shadow will be created from light above my subject, not below. I find that the light tends to be slightly brighter closer to the flash. Not by a lot, but still brighter.

For this one-light portrait, I have Monae seated about 5 ft. in front of a black Savage seamless paper background. The light strip is placed on camera right with a LumoPro LP180R speedlight at the top. You can see that I have the majority of the strip placed above her eyes because I still want the light to be falling from above: 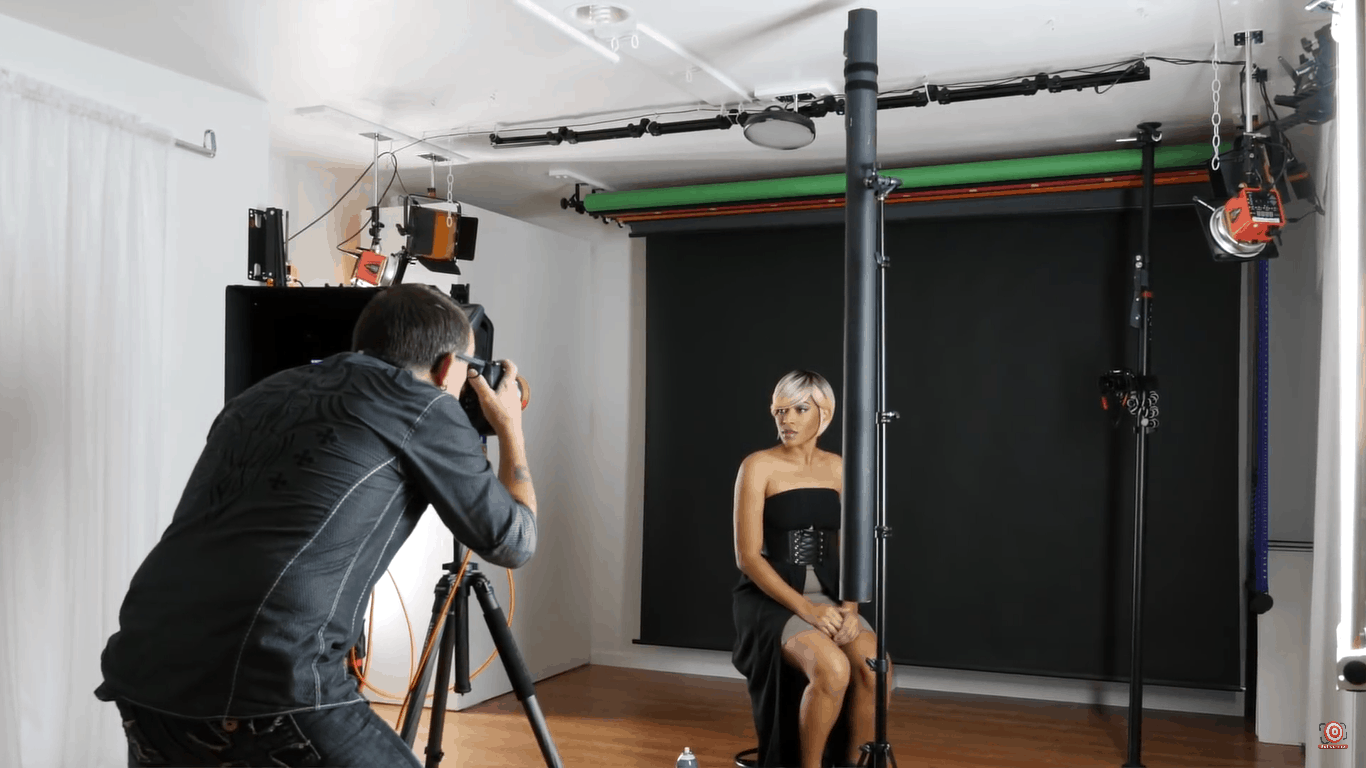 Here, I have added a second light strip on camera left as a fill: 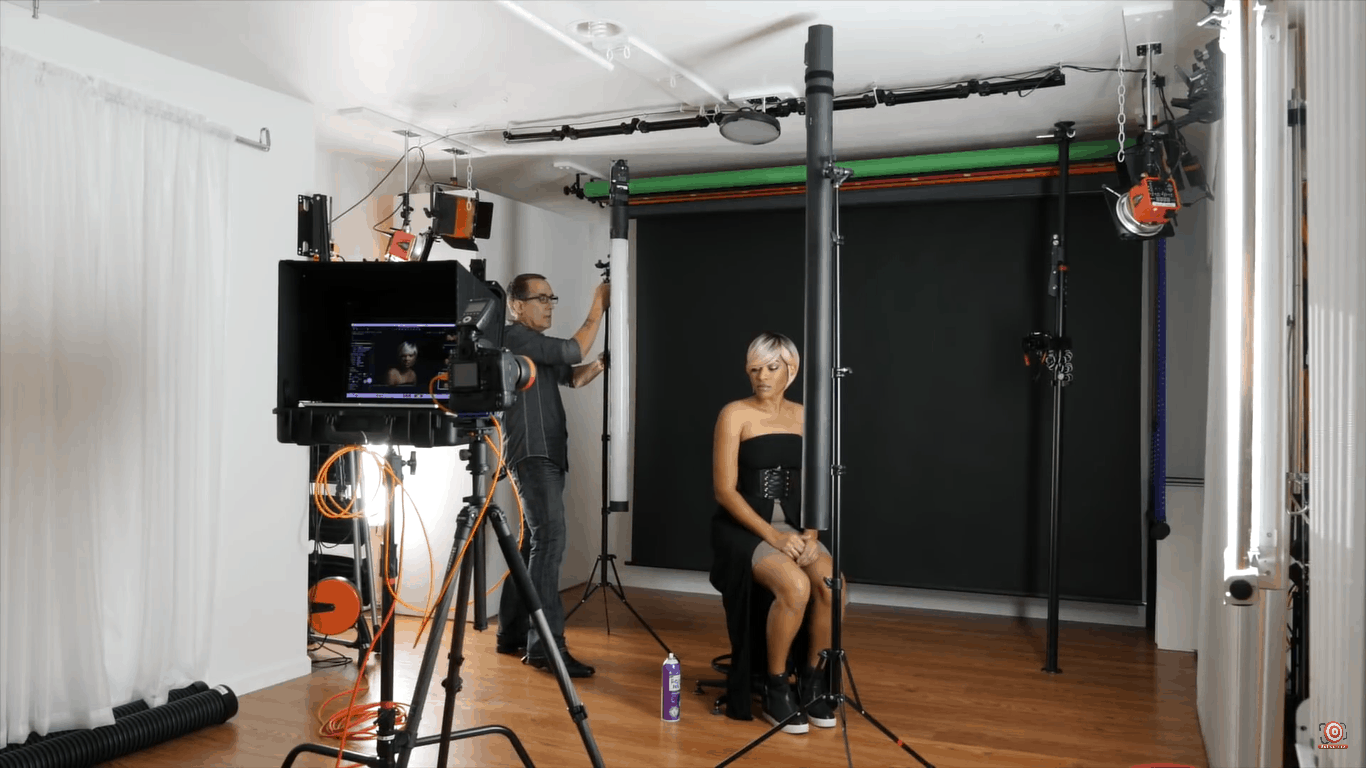 You can check out more variations of this setup here, or in the video at the top of the page.

Here it is again with the same background – different outfit and hairstyle. I went with two light strips in a clamshell setup – one below Monae and one above. I also added a third LumoPro LP180R on a short stand behind Monae and aimed up at the black backdrop to get a gray gradient effect for a little more separation. 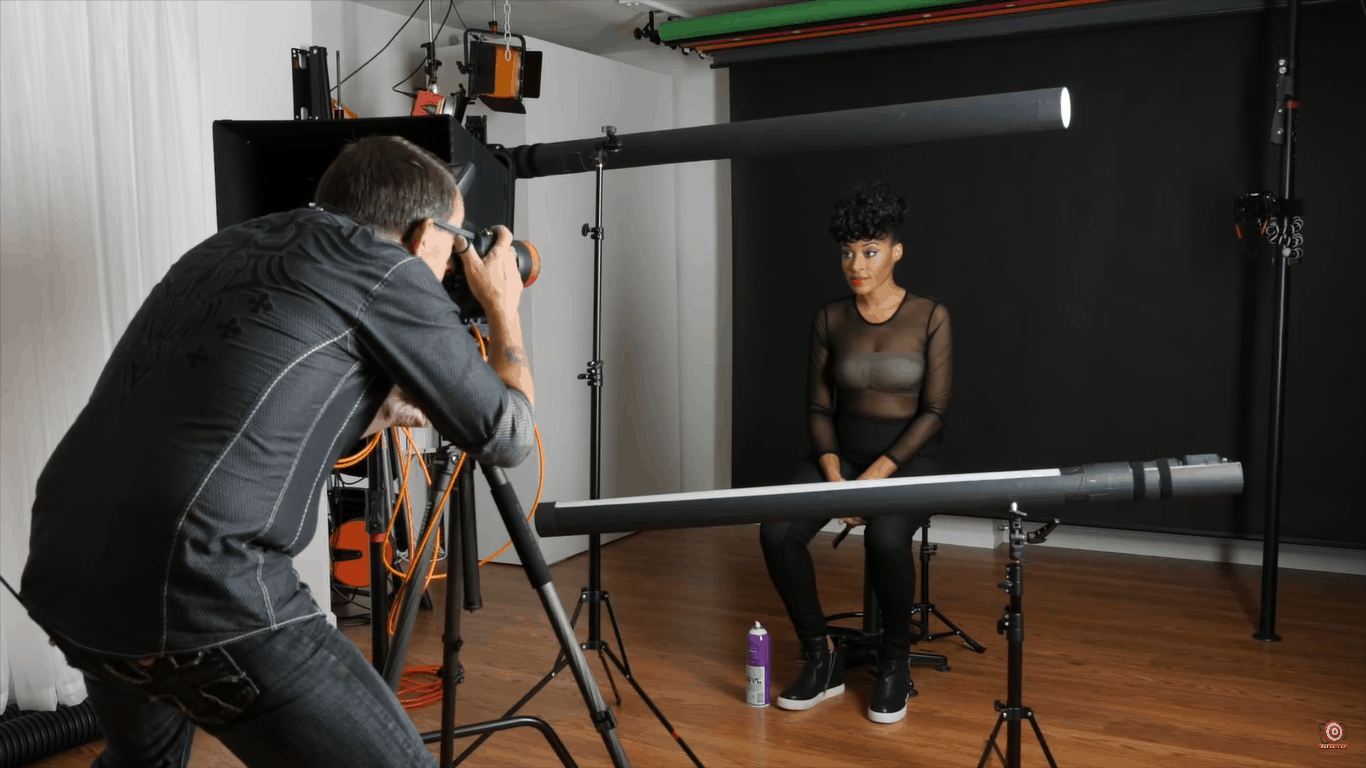 I also tried another setup where I have two lights – one on either side of her – but I angled them towards her at the bottom. This keeps the light a little brighter on the top and uses the bottom of the light strip to create a fill giving me an almost clamshell lighting type of effect. 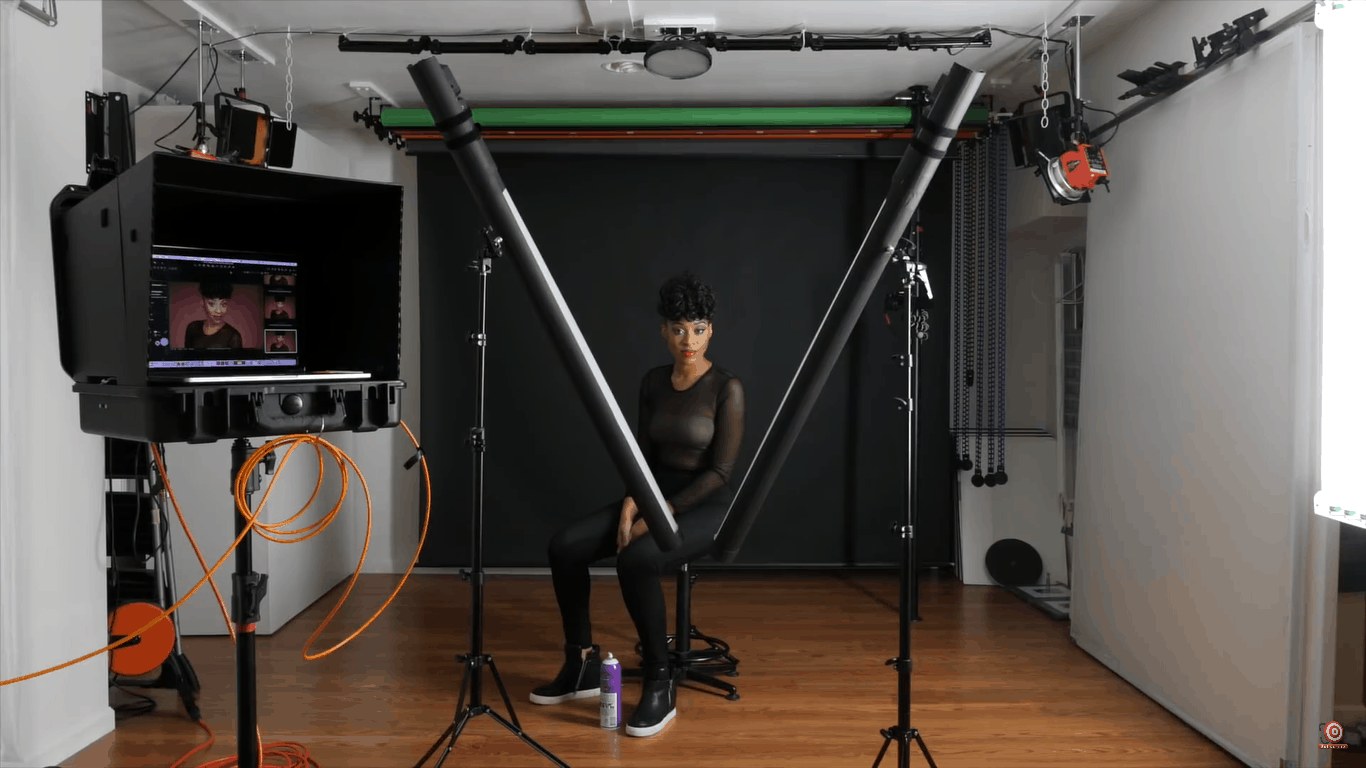 If you want to see a few more variations of this v-light setup, featuring orange gels and a white background, check out the video at the top of the page or click here.

So there you have it ! An hour and a half of your time, less than $25.00 out of your pocket, and you can have a cool strip light lightsaber modifier that works in studio or on location. It is durable, lightweight, wind resistant and…. you could always use it as a prop for your next Star Wars inspired theme shoot!

I hope this sparks some ideas for you. Now, take this idea and run with it – go create and show me what you come up with! If you build your own – please do share some photos of it along with your results in my Facebook group. 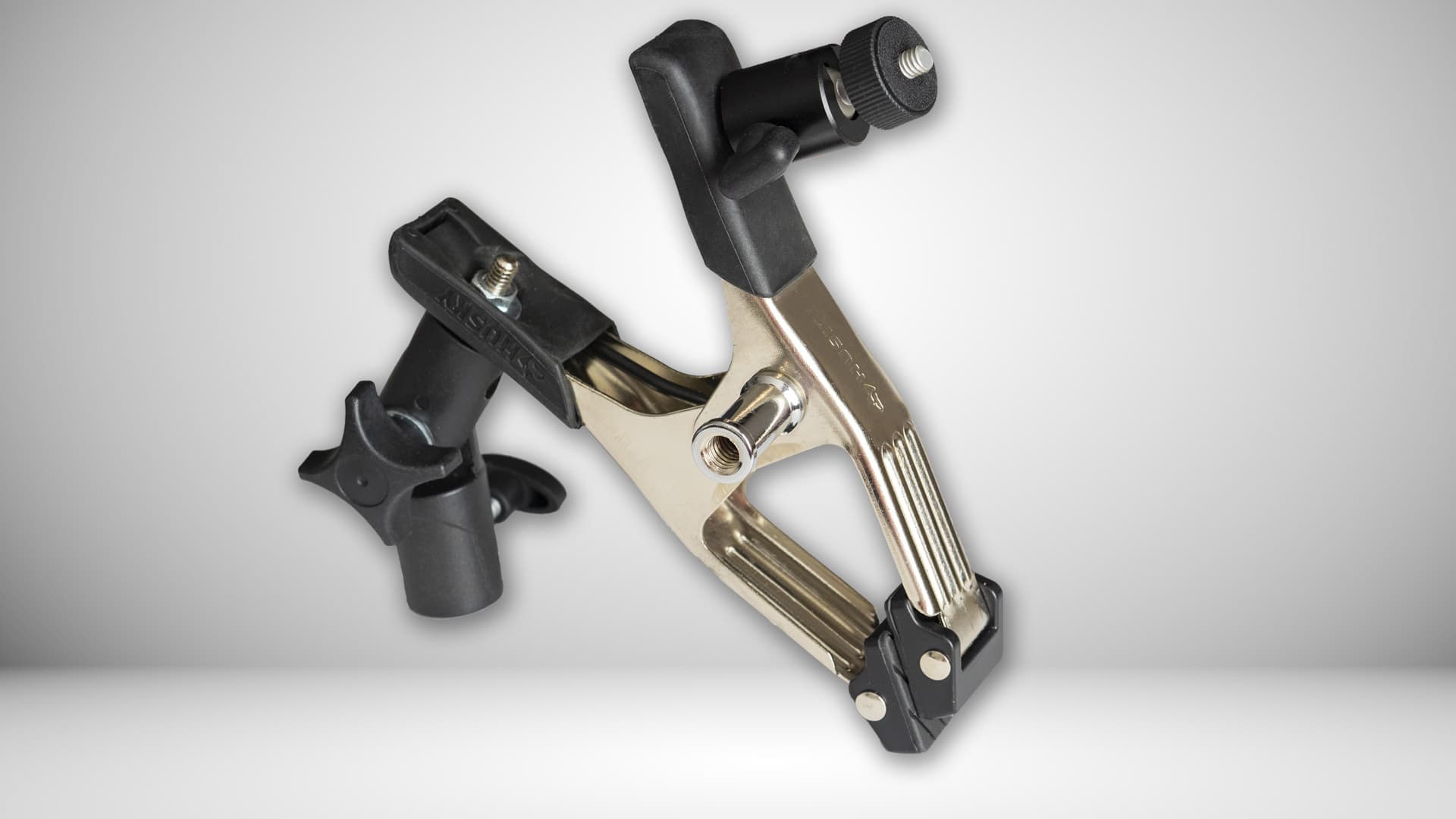 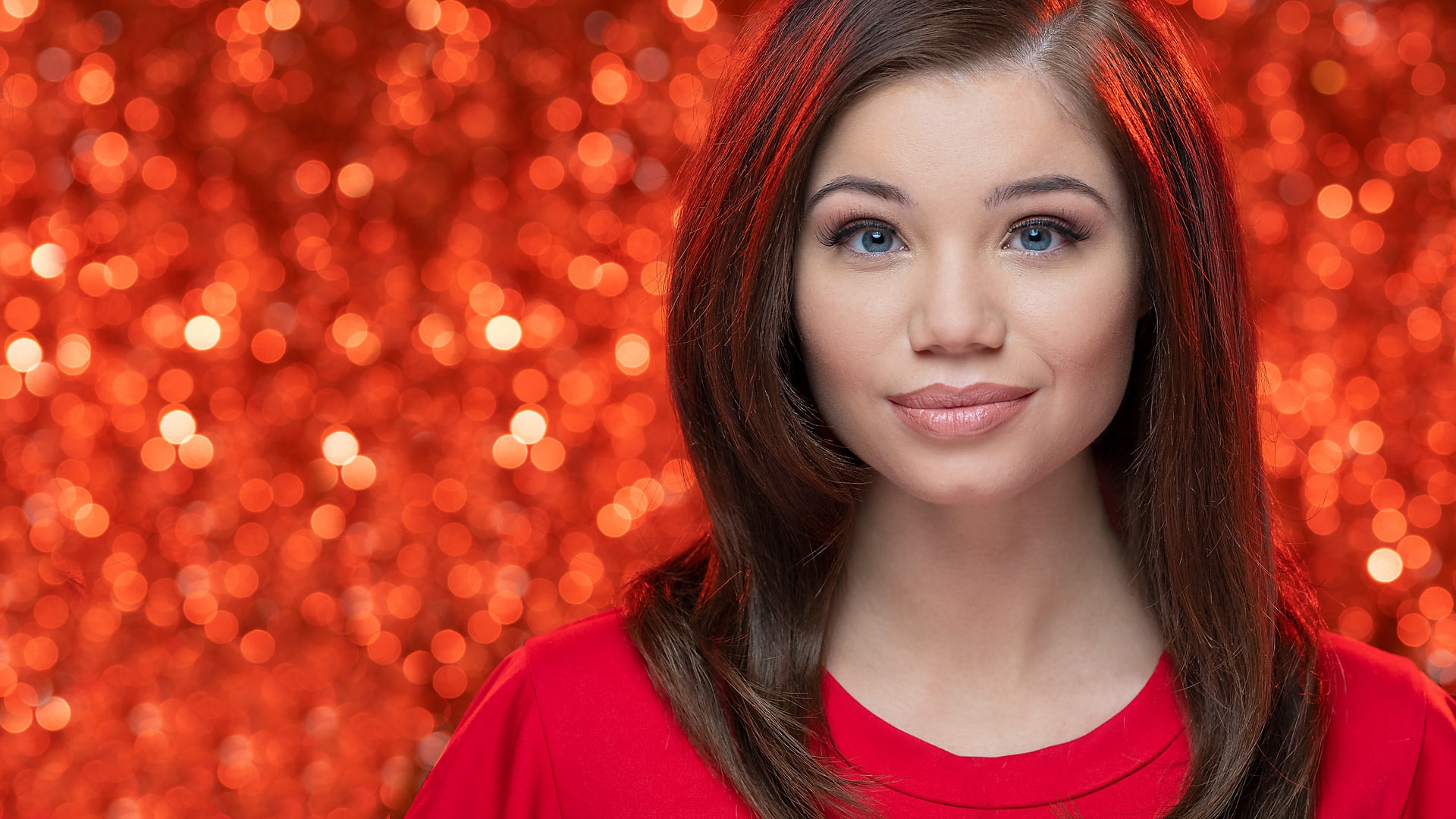 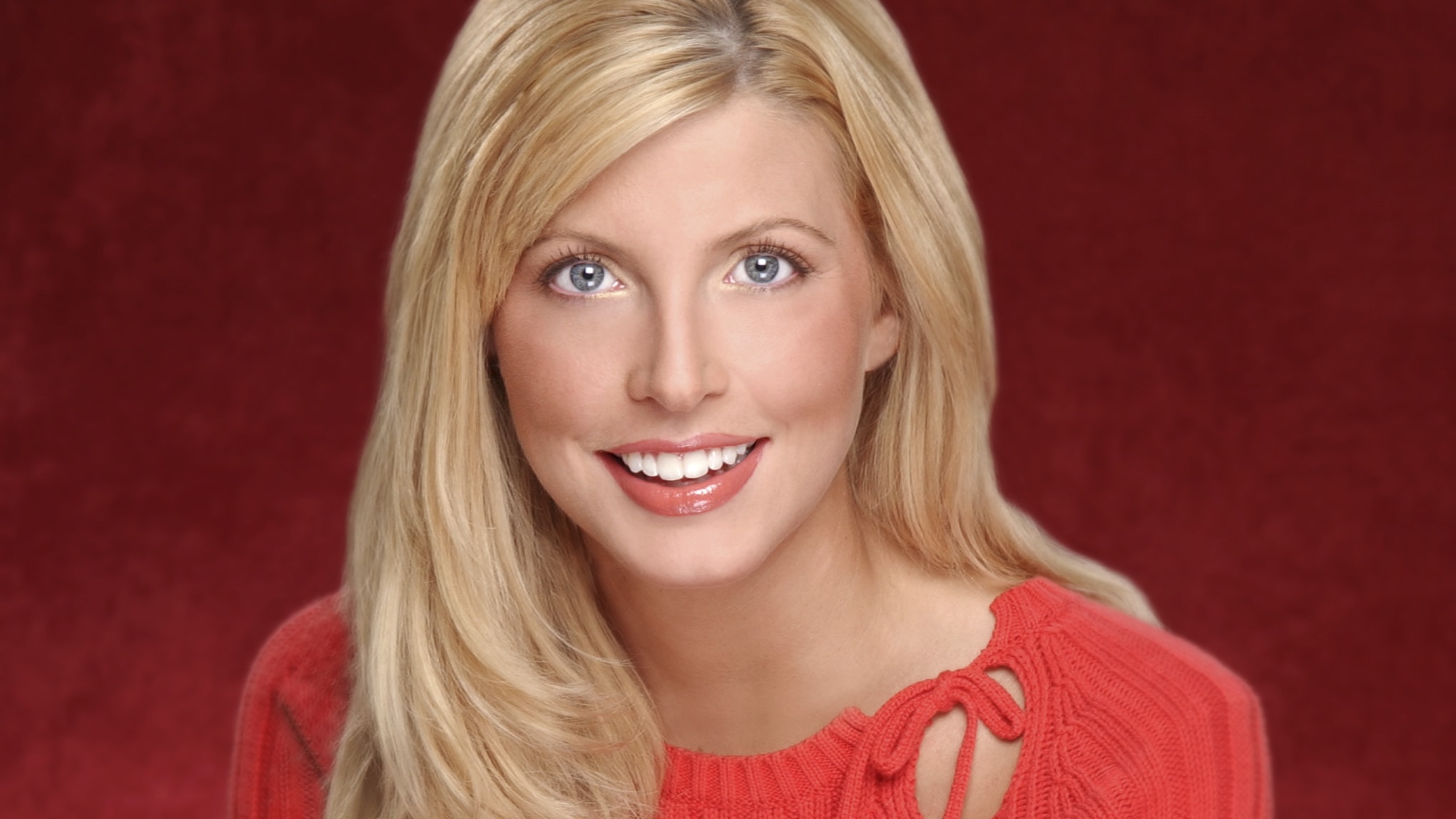 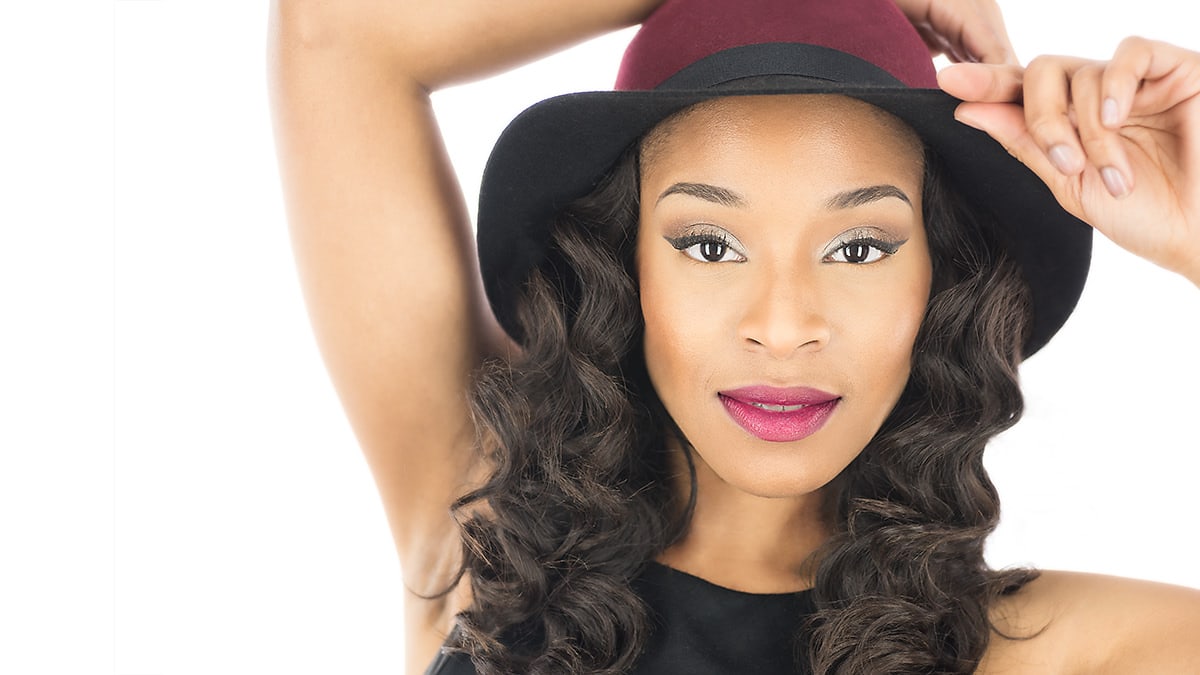