It’s time we put some updated sensibilities’ behind the statements “fix it in post” and “getting it right in the camera”.

A few people mentioned these phrases to me recently and honestly I was surprised to hear how they interpreted the meaning behind them. I was even more surprised and disappointed when I posted the topic on social media today and quite a few people weighed in with very strong opinions and RULES for how things should be done.

I know, I know — I shouldn’t be surprised by people arguing their opinions on social media.

So let me say it right now. We need to stop teaching new photographers that we have to “get it right in camera” because being creative is NOT that simple. Strict guidelines like this KILL creativity. We should be teaching new photographers that there is a time and place where it makes sense to “fix it in post” — instead of just telling them that fix it in post is bad.

We need to teach critical thinking, instead of just laying out a bunch of creativity killing rules so that we can all be zombies and produce more boring and mind-numbing photographs.

Now I know some of you are grumbling at this point but let me be clear. The concept of getting it right in camera is well intended as is the idea of discouraging people to fix it in post. I’m just asking you to realize that it’s not that simple and by using these concepts as rules, we are discouraging creativity and experimentation, especially in new photographers. Believe me, getting your shot as close to perfect in the camera as possible will always produce a better image and will help you improve your photography. Just the concept of cropping your image in camera will tend to make your images stronger by forcing you to evaluate the strength of the message and elements in your shot — before you press the button. But it is important to leave room for exceptions and other creative scenarios.

Fix it in post is actually a movie making term that has been adopted by photographers and it generally means realizing there is an issue while you are in the process of shooting and making the determination that it will be more efficient or cost effective to correct it in Post. The concept of fix it in post is only bad if you are being lazy or sloppy and not following the definition I just gave you.

So one more time… Fix it in post, means realizing there is an issue while you are in the process of shooting and making the determination that it will be more efficient or cost effective to correct it in Photoshop or whatever software you are using to process your images. And yes — I agree with the movie making definition wholeheartedly.

Fix it in post only becomes a bad thing when you are lazy or not paying attention. When you know that your shot is underexposed or poorly lit and you don’t fix it while you are in the moment. Especially mirrorless shooters with an EVF — there is no reason to have a set of images that are under or overexposed. You can see the finished exposure in your viewfinder. Some of you will tell me that things often happen quickly so you would rather at least get the shot than not have it at all. That is exactly why photographers practice building a skill set so that you are able to adjust your camera easily and quickly while shooting.

Seeing hair that is out of place or straps that are twisted or lights or light stands in your frame — that’s bad and while you may be able to fix them in post, you will be wasting a lot of time and until you master the skills needed to fix it properly, your image quality will suffer.

When should you say “I’ll fix it in post”?

If I am photographing a model as an example and I notice that there is a flyaway hair on her cheek. I have two choices — stop what I am doing and interrupt the moment to fix the hair and then try to get that moment back. Or, I can realize that the piece of hair that is on her cheek will take me less than 10 seconds to remove with the healing brush in Photoshop. In that situation I am definitely going to tell myself that I will fix it in post. That will be the efficient solution that also allows me to maintain my momentum with the shot. By comparison if that flyaway hair is in front of the models eye, I am stopping everything and moving it because it will take me considerably longer in post-production to remove the flyaway hair that is going through her eye.

The same thought process applies to “get it right in the camera.”

One of the greatest things about digital technology is that we can create way beyond the cameras capabilities. Software like Photoshop and Luminar allow us to apply our imagination to our photographs. If you can imagine it — you can create it.

If I am working on a concept shot, where I intend to do a composite. The pressure to get it right in the camera is a creativity killer and not practical as it is possible that the camera could be producing as little as 45 or 50% of my shot — with the rest to be done in post-production.

I am recommending to photographers that we ignore these two phrases. Let’s leave “fix it in post” to the movie makers, because they have a clear understanding of the intent. And let’s drop the get it right in the camera crap because it doesn’t really apply in the digital world that we live in.

Instead of these terms, we should teach new photographers that their cameras are incredibly powerful tools that they need to learn inside out and backwards. Let’s teach them that in order to truly become masterful at photography, they need to learn to pay attention to details and be fussy about those details. I am talking about the ability to see details and spot flyaway hairs, poles growing out of peoples heads and so on. Noticing fine details is not an easy task and it is a challenge for 75% of our population. That is real science by the way.

If we teach those lessons and then add the value of efficiency as it impacts quality. Meaning, the idea of making choices that streamline or save us time without a negative impact on the final outcome of an image. If we teach these values, we accomplish the intended goal of those two statements — all the while, encouraging creativity and experimentation and ultimately, more interesting photography.

It is worth noting that every digital camera on the market today that shoots RAW files was designed with the intention that the photographs it shoots would be developed or processed.

Also, let me clarify that SOOC — that means “straight out of camera”, is not the same as “getting it right in the camera”. SOOC is just code for I am too lazy to process my images. I assure you that it is not a badge of honor.

So the fact of the matter is that ALL images are intended to go through a post shoot process. So the real issue is how much and what things are being dealt with and could they or should they have been dealt with in the camera?

You may or may not agree with me, but science, history and current events support my recommendations. In addition to the cognitive psychology and simply the evolution of things, those of you who don’t want to post process are missing the fact that video is having a major influence over how we process still images. You are also missing the fact that cameras and software are migrating to a video centric method of handling color. Remember, we know how evolution worked out for the dinosaurs — don’t be a dinosaur.

This is an awesome time to be a photographer. Instead of being lazy and looking for comfortable simple rules that make things easy. Embrace the change and the creative possibilities that all of this new technology provides you. 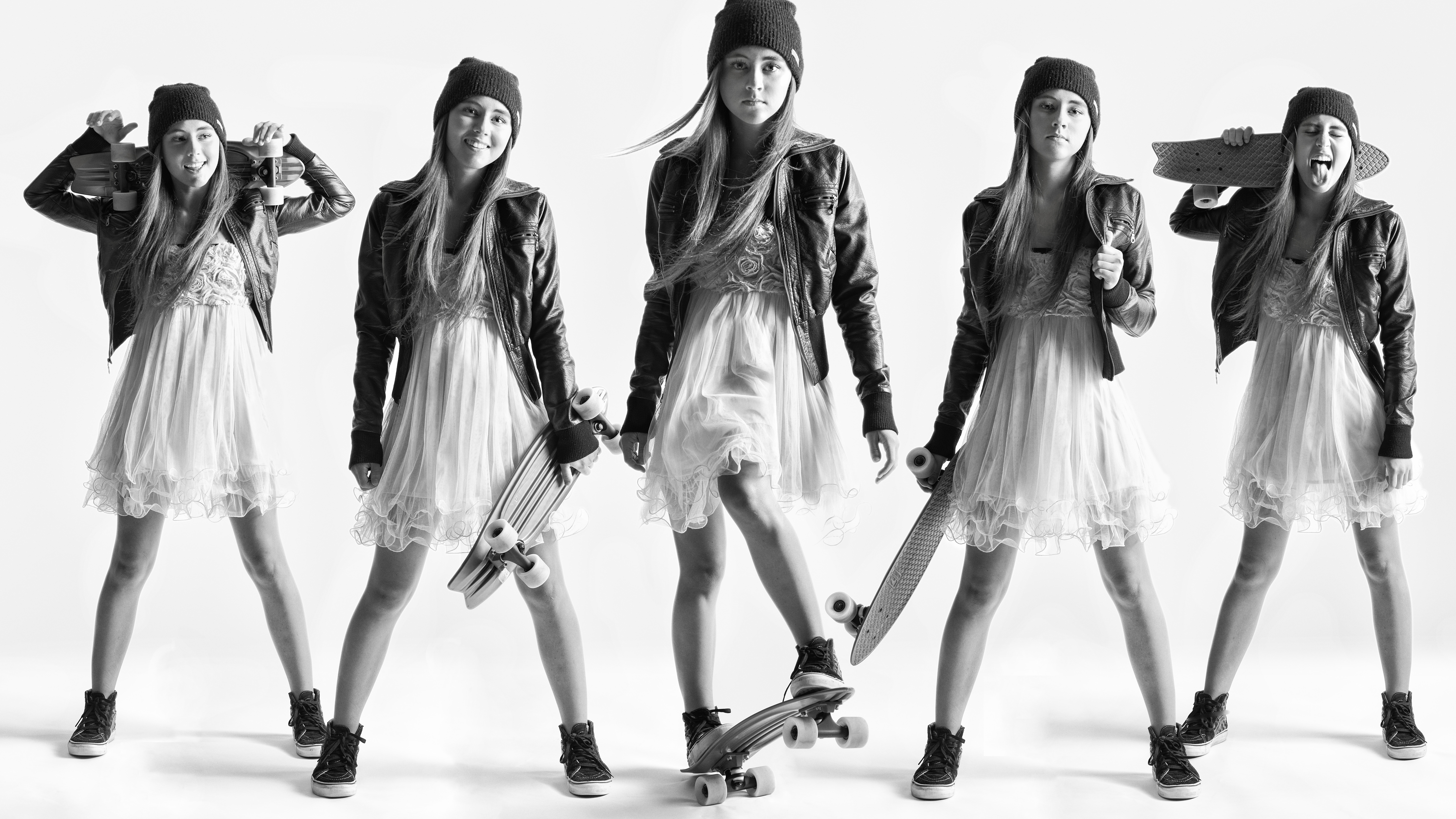 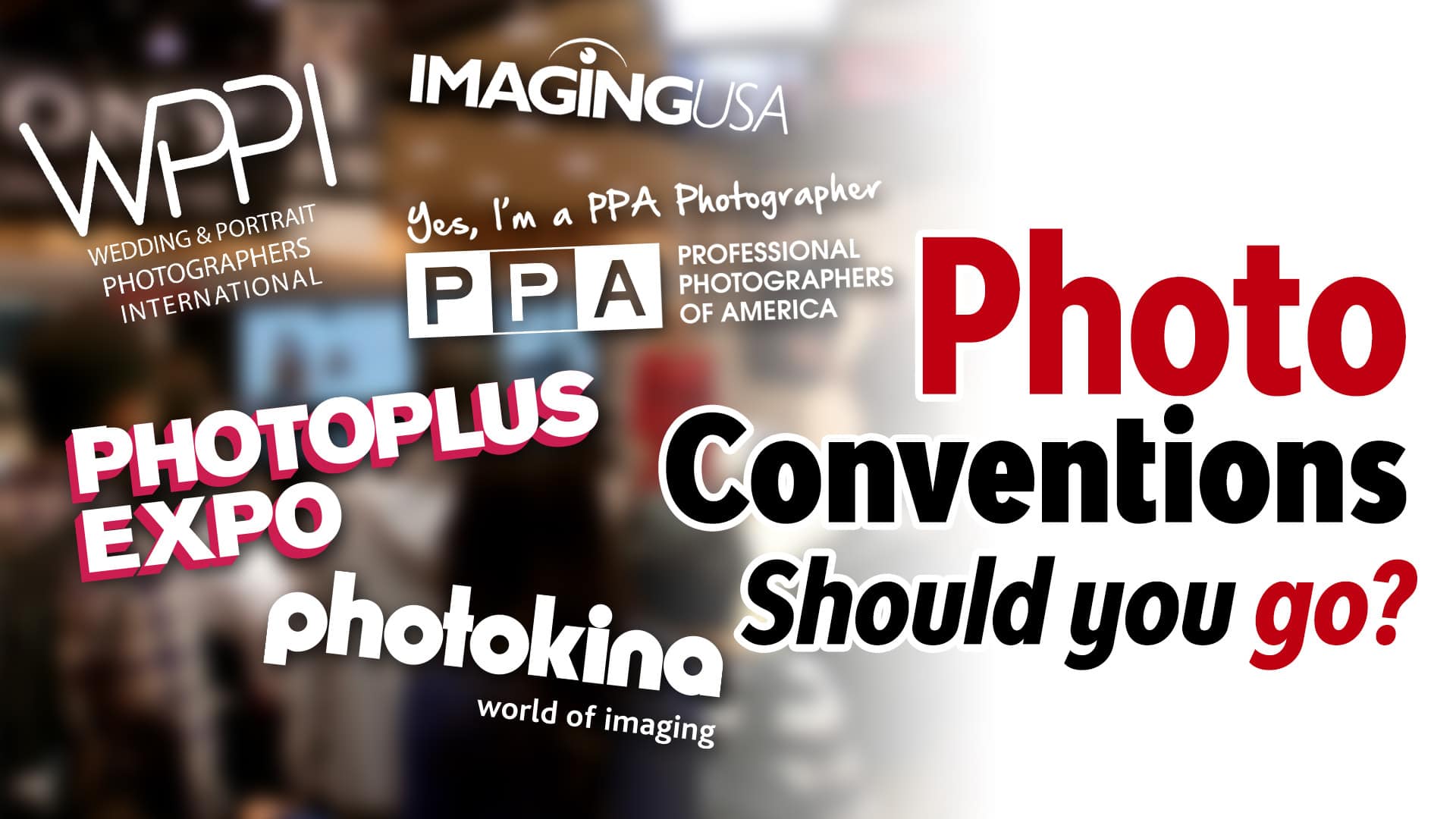 How Important are Photography Conventions and Conferences? 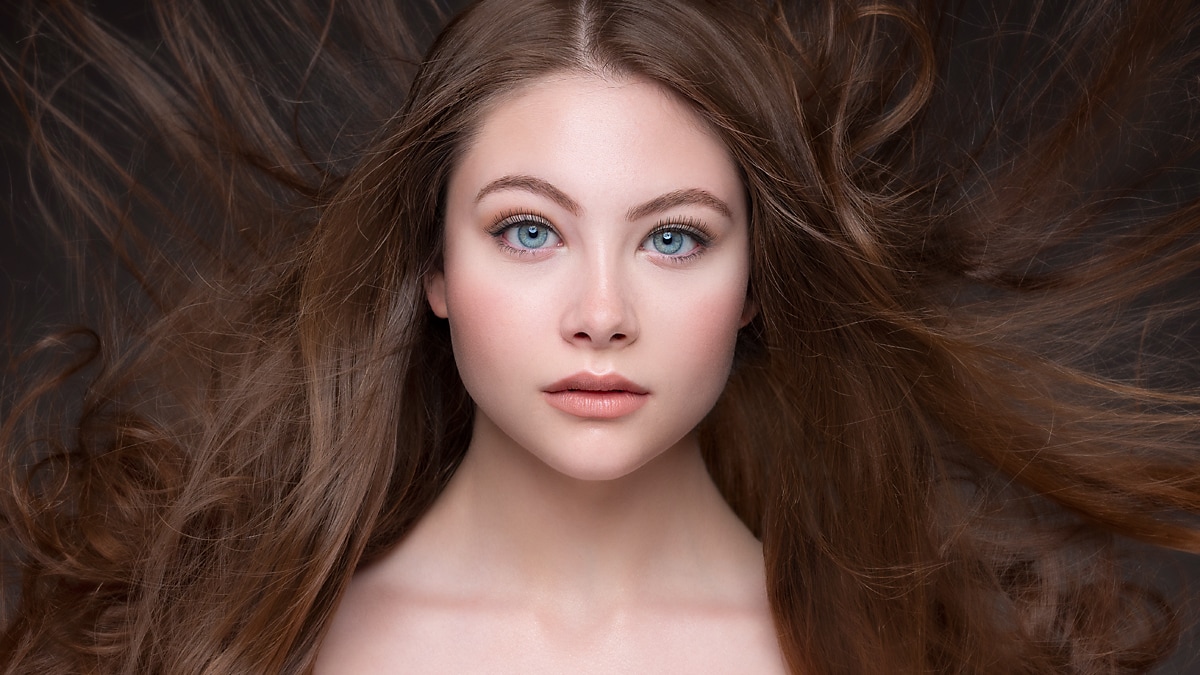 If You Want To Find Success as a Photographer Stop Asking for Opinions! 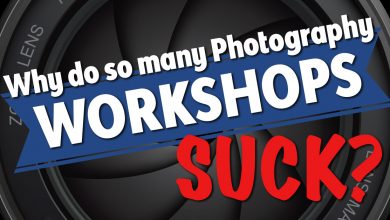 Reasons Why Most Photography Workshops Suck 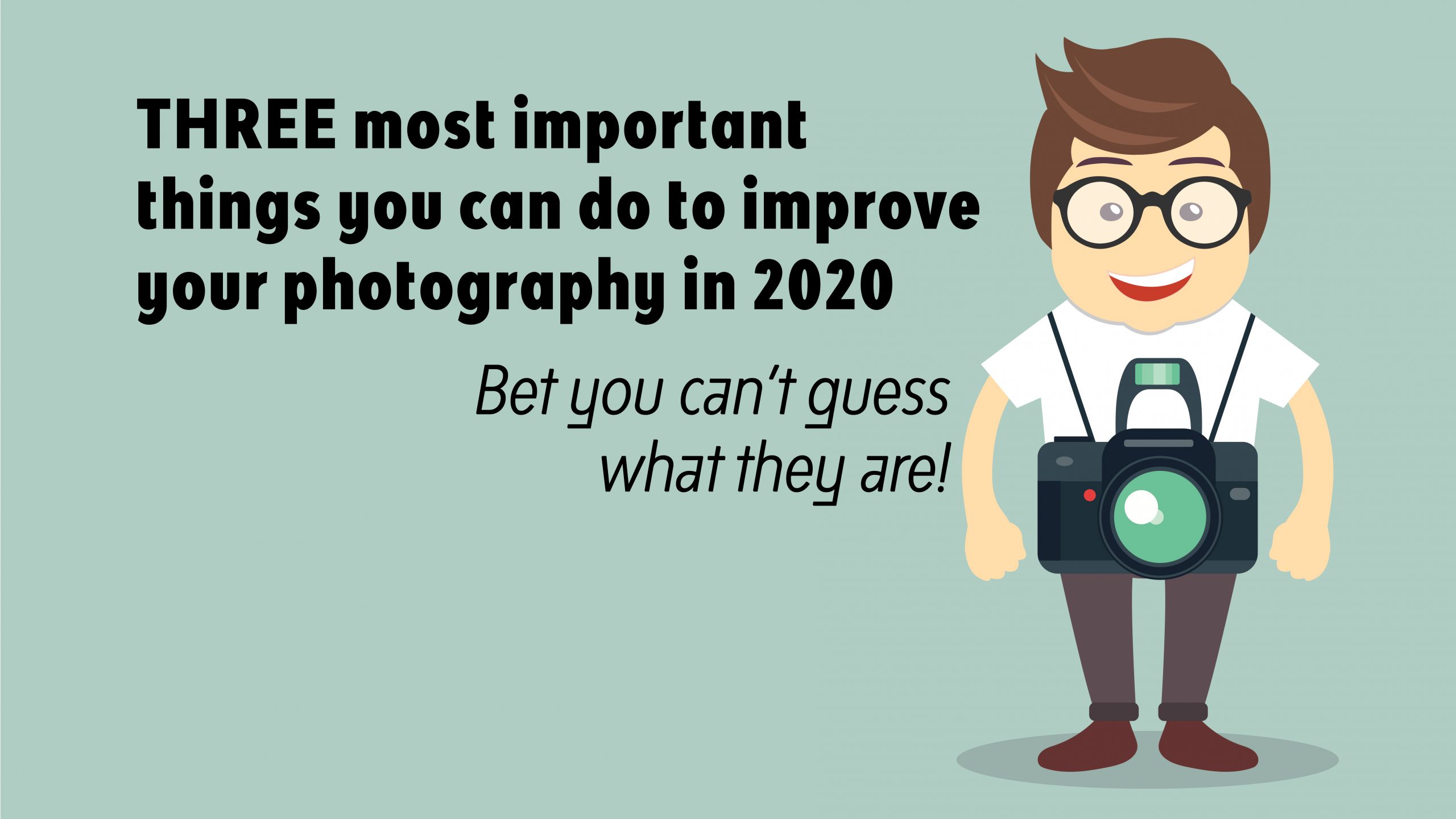 3 Most Important Things You Must Do To Improve Your Photography 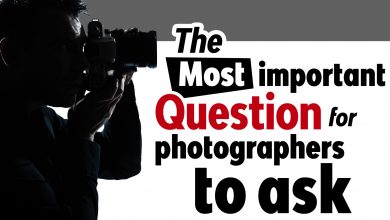 The Most Important Question For Photographers To Ask