This set-up is a high key lighting arrangement that uses three studio strobes (You could also do it with Speedlight’s or hot lights) and it takes advantage of the studio space that has 4 white walls and a nine and a half foot ceiling that is also painted white. 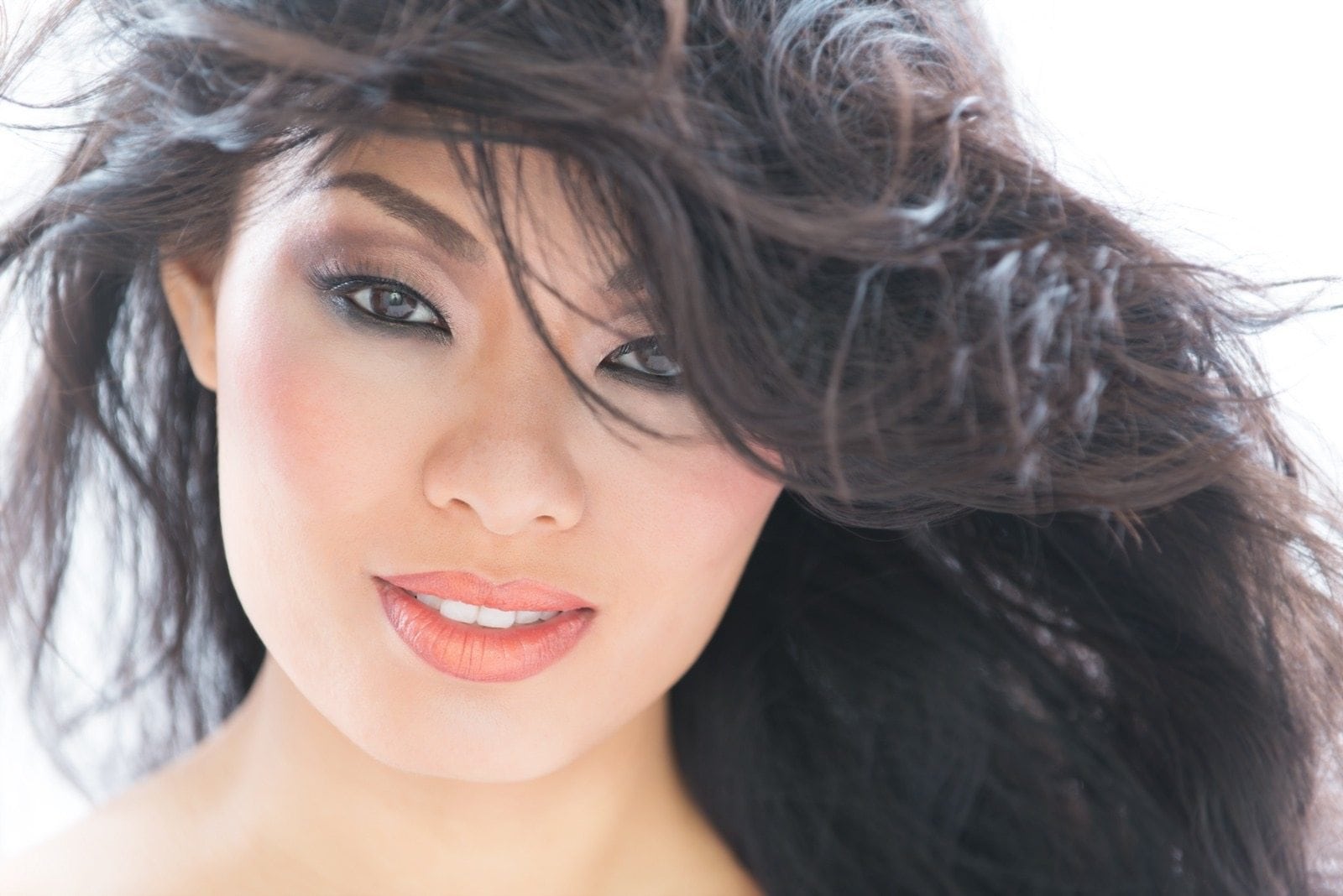 The set-up uses a white vinyl seamless background that is approximately 8 feet behind the subject.

The third AlienBee 800 is placed just behind the camera and aimed at the white wall that is behind me. (It is worth noting the from end to end this room is 27 feet.) This strobe is placed about a foot below the ceiling and is set at about one quarter power. 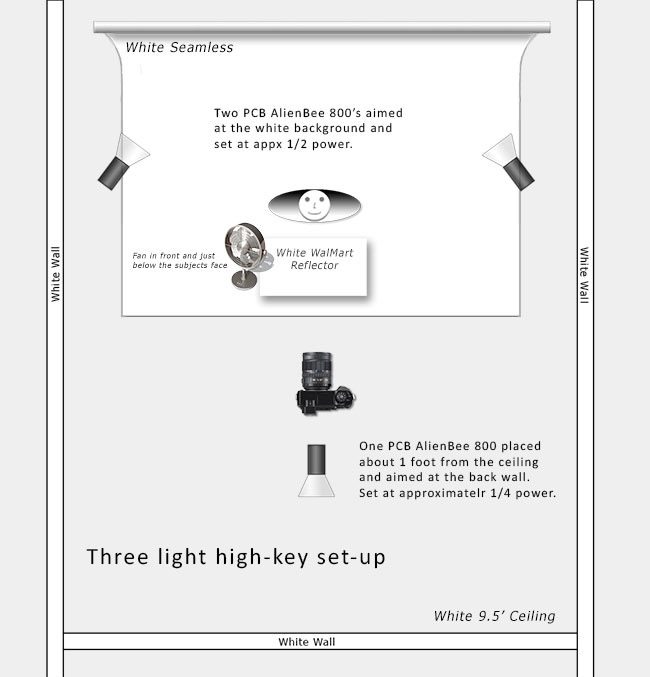 Since the studio is relatively small and mostly white (The floor in this studio space is a medium toned faux hardwood.) the background blows out completely and as you can see on the sides of the models face will spill over and create a rim light along her jaw line.

I have placed a 20” by 30” white WalMart Reflector directly under the models face and just out of frame. This reflector creates a soft catch light in the bottom of the eyes that gives the pupils a little more detail which is definitely desirable when photographing portraits or headshots.

For the windblown looks, a small fan was placed just out of frame on camera right and below the model to blow the hair up and back. For the shot with the red material – two fans were used. One on camera left and another behind the model aimed towards the camera. 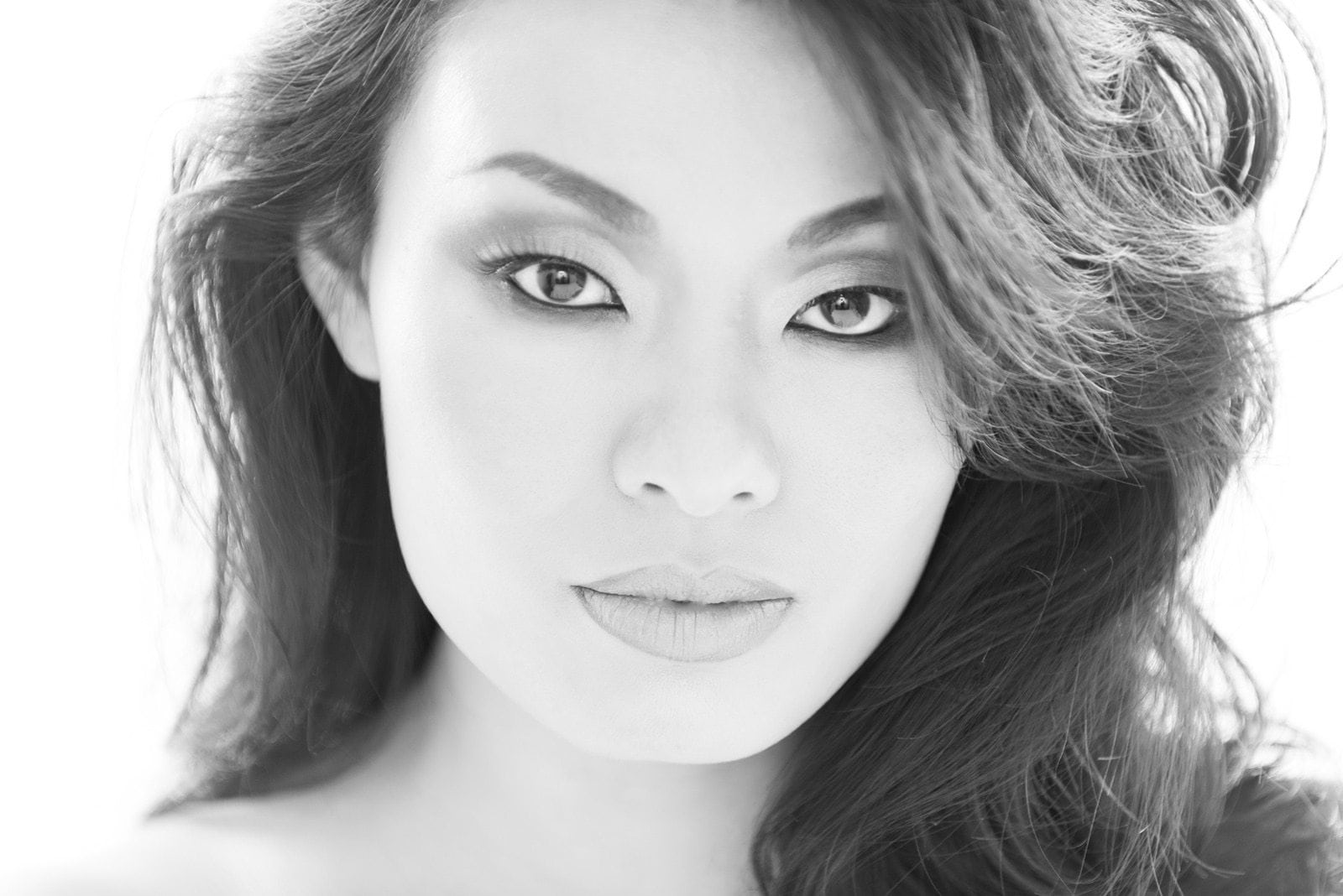 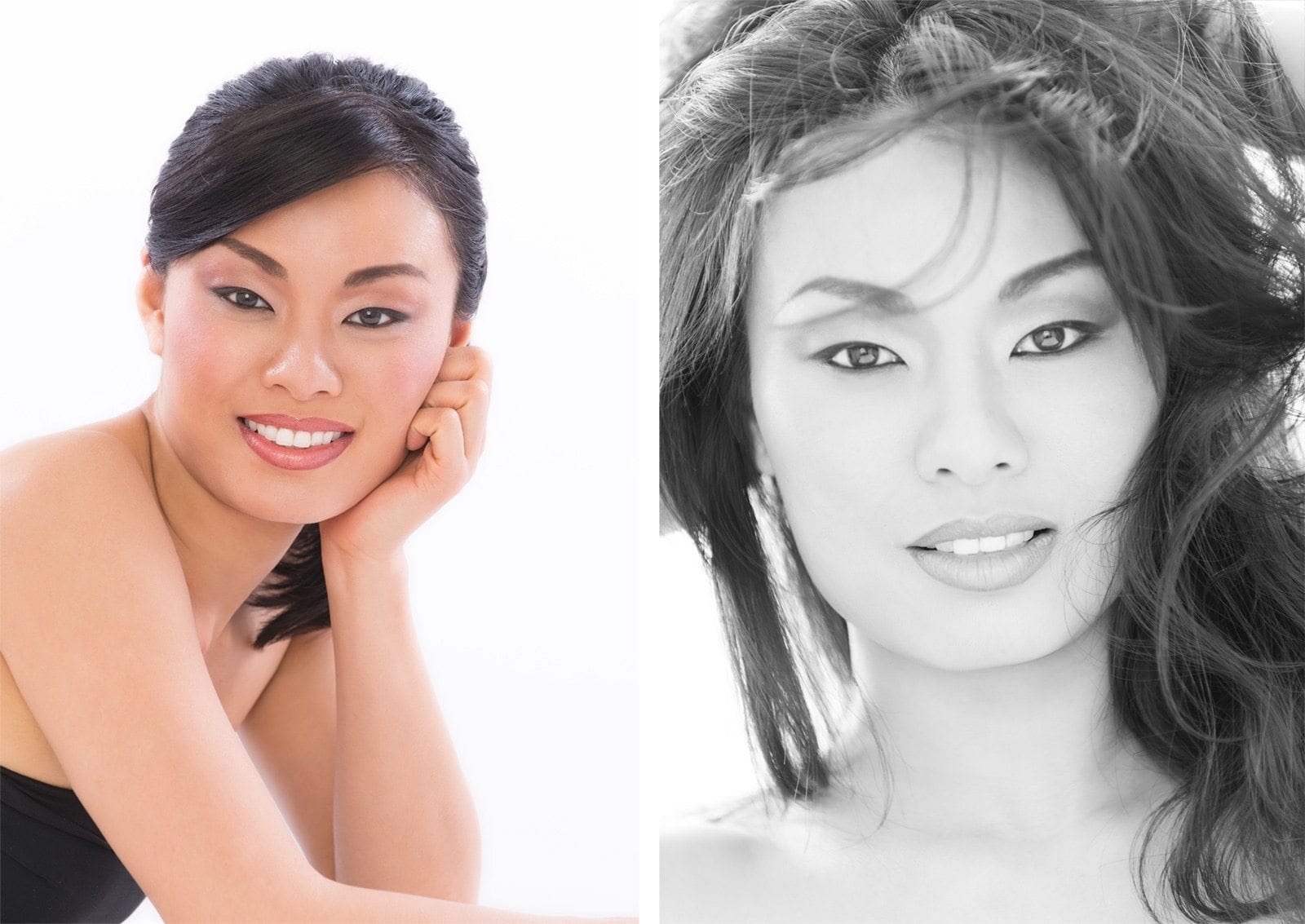 It is important to note that the 6 images that you see here were shot in a 10-minute period. The makeup is the same for each of these images. The headshot with the models hair pulled back was the first in the series and from there I had my makeup artist fix up the hair for the pretty horizontal headshot.

After the headshot we started blowing the hair with the fan and then added the red material. Last but not least was the close-up black and white vertical shot where the model is playing with her hands in her hair.

High key lighting is awesome for portraits of women, It is soft, flattering and has a very pure feel to it which doesn’t draw attention to the lighting itself.

The moral is… there is ALWAYS more than one shot to be had. Experiment – Explore – Try new things – Try different things… this is how you learn to consistently take good photographs. 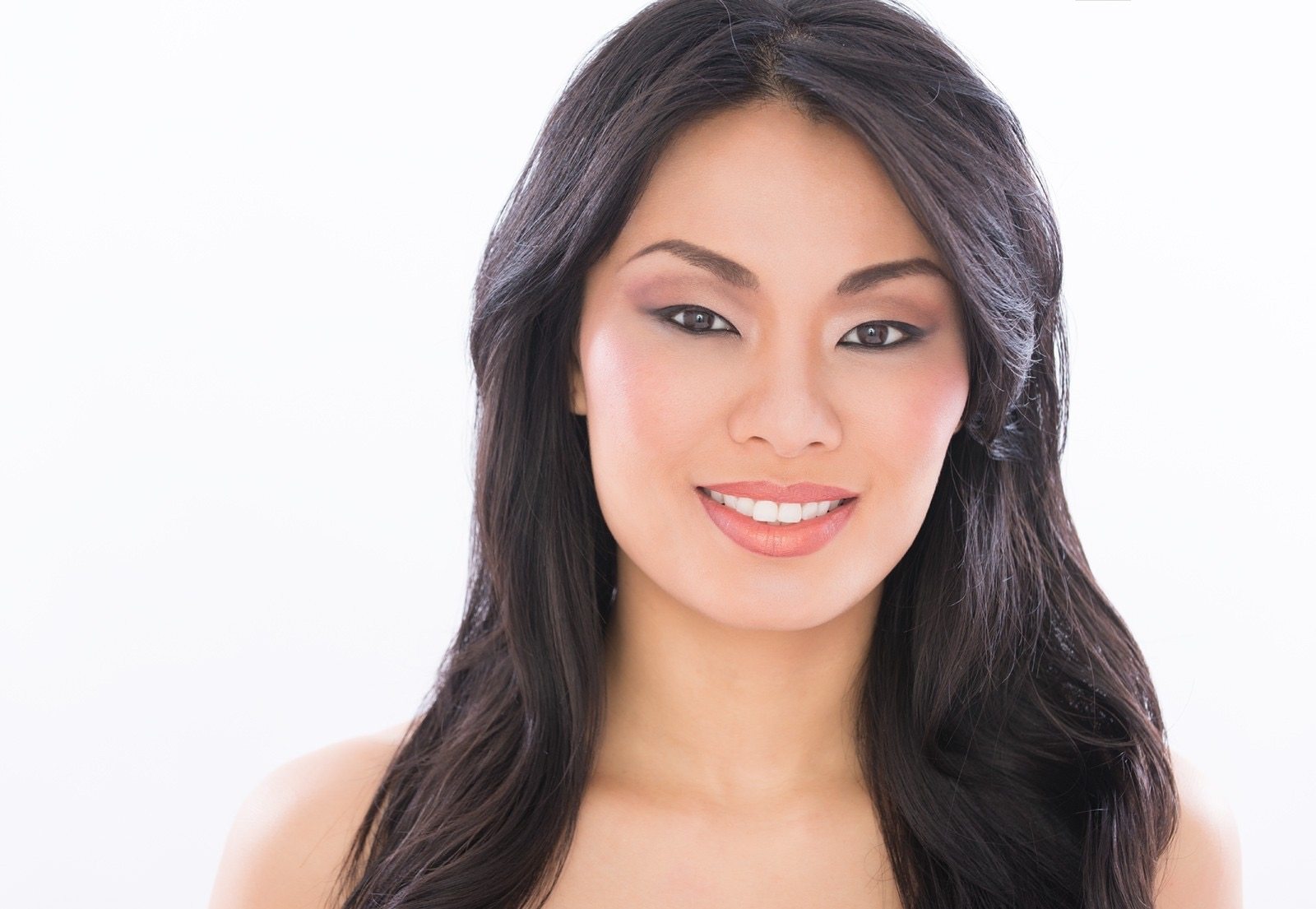 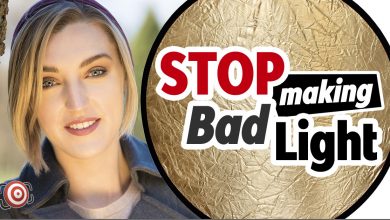 How To Use a Reflector the Right Way for Better Portraits 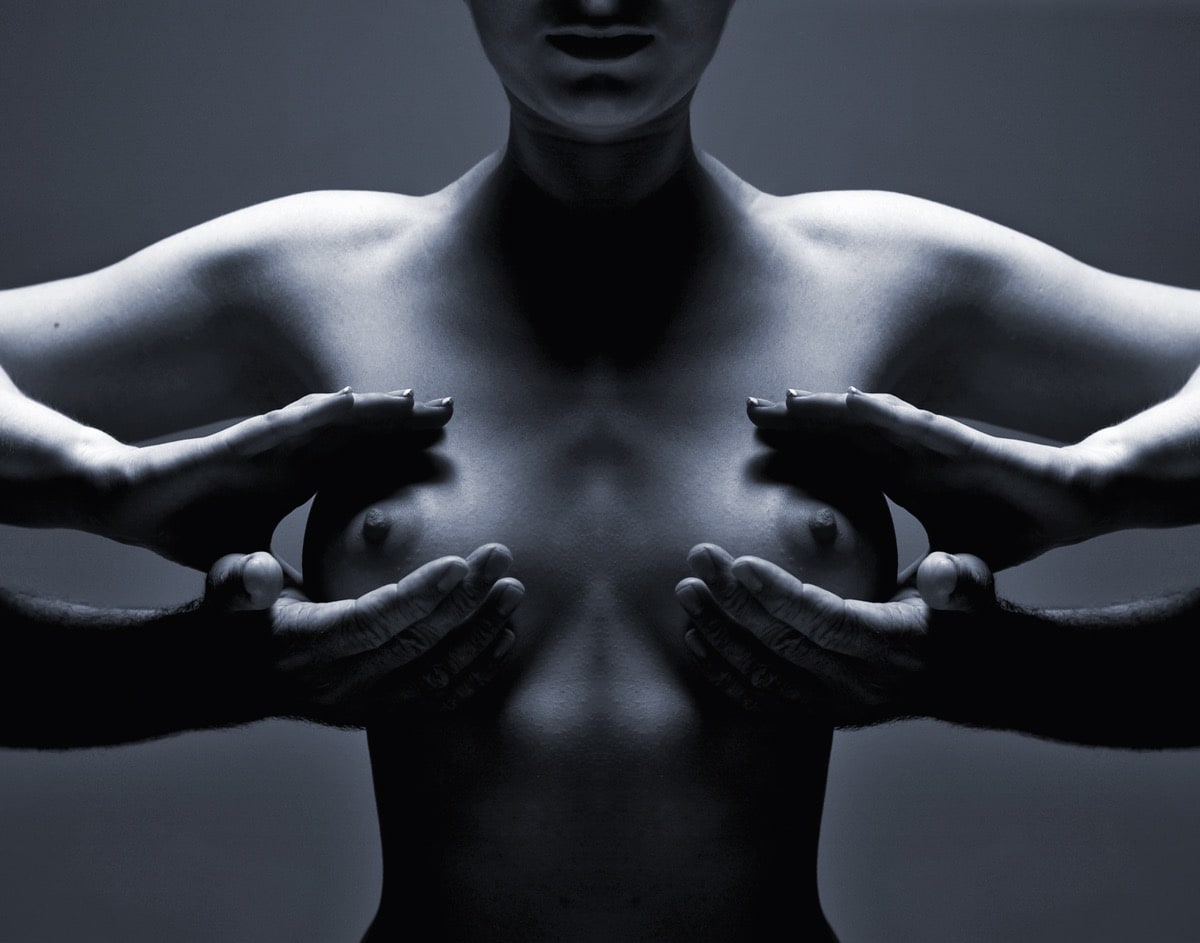 Equipment and Lighting for Shooting the Female Nude 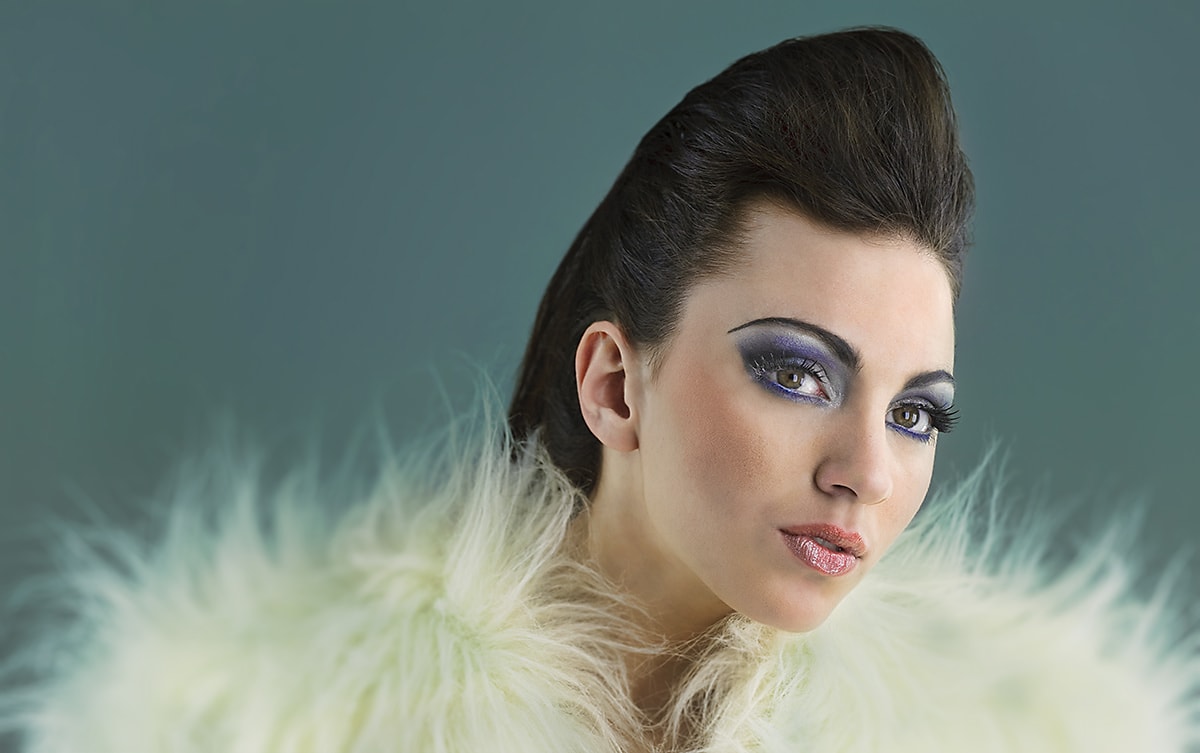