MY MISSION is to help photographers develop a solid understanding of the “HOWS and WHYS” behind making consistently great photographs. 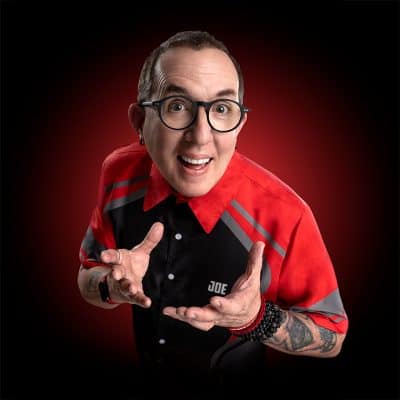 I am an award-winning photographer (Cr.Photog.), author, and photo educator.

My photography career has spanned six decades, from my start as a newspaper photojournalist to my work today, photographing a diverse selection of people and serving as a photo educator who motivates and educates new and experienced photographers worldwide. I take great pride in sharing my experience as the host of the weekly The LAST FRAME LIVE, a 60-minute photography Livestream that appears on my popular YouTube Channel. My channel boasts 300 + videos viewed over 11.8 million times by more than 180,000 subscribers in 114 different countries.

I have earned a reputation as a lively and popular presenter at photography conferences, dealer events, camera clubs, and photography workshops across the United States. I have been honored to be a featured speaker at events like WPPI, PhotoPlus, ImagingUSA, Shutterfest, ClickCon, Pixel Photo Fest, Out of Chicago, Visual Storytelling Conference, Carolina Photo Expo, FCCC, SWMCCC, and numerous others.

My work is frequently featured on well-known photography blogs, including Fstoppers, DIYPhotography, PetaPixel, Lifehacker, ISO1200, Shutterbug, and LensVid. I have also published more than 200 articles about photography here on my website. I have been profiled in Good Light!, CameraCraft, and Olympus Passion Magazines, to name a few. I have also been a frequent guest on This Week in Photo (TWIP), Shutters Inc., Small Camera Big Picture and The Fotofacts podcasts.

I have been honored to have served as a member of the elite Olympus Visionary team of photographers, representing the camera manufacturer at tradeshows and educational events across the United States. I have also served as a member of the Tether Tools Pro Team. I have been selected as a StellaPro Champion of Light, a Delkin Devices Image Maker, a Photoflex Light Leader, and I have been a featured photographer for Savage Universal.

In addition to my work instructing photographers across the United States and internationally online, I have also served as an adjunct professor teaching Creativity at Muhlenberg College in Allentown, PA, and Photography at Northampton County Community College in Monroe, PA.

My photography has been published internationally in magazines like Maxim, Cosmopolitan, Get Fit, Shape, and Good Light Magazine, to name but a few. I have been called upon to complete assignments for both the New York Times and The Los Angeles Times. Throughout my career, I have serviced commercial advertising clients from all over the United States.

In addition to my role as a photographer, I have been nationally recognized as an innovator in shaping models’ portfolios and careers. Simply put, I advise serious models (both new and experienced) about how to market themselves. I have written hundreds of articles with guidance and information for new and experienced models, and I maintain the most comprehensive modeling agency directory online.

I am often used as a source for television stories and newspaper and magazine articles on the subject. The Author JE Bright references my writings in his book America’s Next Top Model: Fierce Guide to Life: The Ultimate Source of Beauty, Fashion, and Model Behavior. Author Rif K. Haffar has also referenced my work in his book Roadmap to Stardom: How to Break into Acting in Hollywood.

I am based in Allentown, Pennsylvania, with his incredible wife and two four-legged kids..