REVIEWS are appreciated! If you listen to the TOGCHAT Photography Podcast on iTunes or any platform that allows reviews, please take a moment to rate and review the show to help me move up in the rankings so that other photographers can find me.

TOGTOPIC:
Stop Making Excuses and You Will Improve Your Photography

I frequently consult with photographers who are trying to improve their photography or make more money in their business efforts and recently I noticed a trend.  A trend where photographers lament that they are struggling to improve their work or make more money, yet for every struggle and problem that they face, they have excuses, often multiple excuses for why they can’t overcome the problem.  And THAT is a big problem.

The more I considered this trend, I realized that it’s not really a trend.  It’s not a trend because it is a problem that photographers have faced for decades, probably for as long as there have been photographers. Every great photographer has faced this problem and will probably face it again.  And that is why I wanted to discuss it with you and try to offer some solutions.  Notice I didn’t say easy solutions.  They will require work.

I think this trend of excuse making is more like a series of hills and valleys.  When we are stuck down in the valleys, the excuses come hot and heavy and get in the way of us making it to the top of the next hill.  Conversely, when we are really focused, having fun and enjoying what we do, the tops of the hills turn into these wonderful plateaus where there is no need for excuses of any kind, because there are virtually no problems or obstacles.

If you follow me, you know that I often turn to science to make sure that the guidance I am giving to photographers is not misguided.  So, let’s begin with science, because certainly there are lots of anecdotal suggestions about making excuses — but a little more understanding would be helpful.  First, many excuses that we make are based in fear.  Most commonly the fear of failure.  Unfortunately for photographers, the fear of failure usually leads to failure of a different kind.

The science behind excuses is called cognitive dissonance

Cognitive dissonance is the state of having inconsistent thoughts, beliefs, or attitudes, especially as relating to behavioral decisions and attitude change.

It’s like when you buy a new camera — even though you just purchased a new one 6 months ago.  Must be a Sony user!  You know that camera isn’t going to improve your photography, but you still create a narrative that somehow convinces you that if you do the right things — the camera will make a difference and take your images to the next level.  In reality, you are fighting FOMO — fear of missing out.

Or another example: Knowing that there are multiple ways to achieve shallow depth of field, but you decide to spend an extra thousand dollars on an f/1.4 lens instead of an f/1.8 lens so that you can have a blurry background.

Or another example: Knowing that practice will make you a better photographer but using your precious free time to watch YouTube videos instead.  Or worse yet watching YouTube videos about why you should spend the extra thousand dollars to get the blurry background with the new camera that just came out 6 months after the last new release that you were first in line to purchase.  See what I did there?

Those are all examples of cognitive dissonance.  But there is another big reason why people make excuses.  They are lazy.  You are lazy!  I am lazy!  Alright — now take a breath!  I know… calling somebody lazy — those are fighting words.  I am still talking about things that science has taught us.  All humans are lazy — the fact is — we are hard-wired to be lazy.  To avoid hard work and to look for ways to make things easier and simpler and less stressful — that is how the human mind works.

My main reason for sharing some of this science with you is so that you understand that you are not defective.  It is normal to make excuses.  But regardless of the normality — excuses don’t create consistently great photographs.  Excuses don’t make you better photographers.

There was too much or not enough, or I couldn’t, or it wouldn’t matter or — well regardless of the excuse — it all sounds kind of whiny when we put it together like that, doesn’t it?

Do you suffer from Epicopathy?

I think that it is reasonable to say that many photographers today suffer from a relatively new mental health issue called “Epicopathy”.  Full disclosure, you won’t find this term in a Google search.  It’s actually a new term that was suggested by my friend Nic who is a member of my mentoring group.  Nic suggested this term in response to a story that I often tell about photographers’ excuses.

So how do you know if you suffer from Epicopathy?  If you have ever been out with your camera and gear and saw something and had that quick motivated thought of “Oh- I should take a picture of that” and then you reached for your camera and while you were reaching for your camera you had a second thought that caused you to stop and put the camera back in your bag.  That second thought was something like “the light is not right,“ or “I can’t get close enough” or “I don’t have the right lens” or “I don’t have enough time”…. do they sound familiar?  But as a result — you chose not to take the photo — because it won’t be epic.  That is Epicopathy.

A condition that impacts the brain’s motivational system.  Usually found in photographers who have spent more than a thousand dollars on camera gear.  Smartphone photographers seem to be immune.  Epicopathy manifests itself in a sudden inability to make a photograph if the sufferer feels that the resulting image will be insufficiently epic and likely to collect too few social media likes.

The bottom line is that excuses never lead to great images.  Period.  So, the question becomes,  if you want great images — how do you stop yourself from making excuses?

I am sorry to say there is no simple answer, and I am not going to give you a 3 step or 5-step process to overcoming the problem — because it really doesn’t work like that.

To begin with you have to remember your WHY and WHAT.  The answer to these two questions will always keep you honest.  WHY did you pick up a camera in the first place?  Then WHAT.  What excites you about photography and what do you want out of photography?  We could also add Where.  Where are you trying to go with your photography?

As corny as it may sound, write it down.  When you put something on paper where you can actually see it — it often becomes more real. Heck — create a desktop image of your why and what so that every time you turn on your computer you are reminded of your why and what.

BTW… for those of you who may have been insulted by being called lazy… the net result of excuses made… lazy.  Lazy = lack of results or lack of quality results.

So, in addition to my advice to write it down or make a computer wallpaper, I have only one other piece of advice to stop making excuses. . . If you want to improve your photography — pick up your damn camera and practice.  It is that simple.

I will also share that having a mentor or even a photo buddy can be tremendously helpful at keeping you on track, motivating you and holding you accountable to your own goals.  Camera clubs are great for this purpose and of course you can check out my mentoring program that gives you direct access to me as your mentor.  Not watching videos, but direct one-on-one messaging and conversations as well as weekly video meetups.

FTC Disclosure: No sponsors have paid for inclusion in this show. I am an Olympus Visionary photographer, a Delkin Image Maker, a TetherTools Pro and a StellaPro Champion of Light. These companies do provide me with various pieces of gear that I frequently discuss or mention, however all words and opinions are my own, and I was not asked to produce this show. Product links included in this page are generally Amazon or other Affiliate Program links from which I do earn a commission that helps to support the production of this show.
Tags
Cognitive Dissonance Epicopathy Excuses Podcast TOGCHAT
Show More 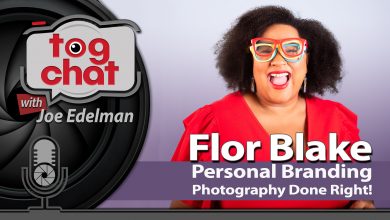 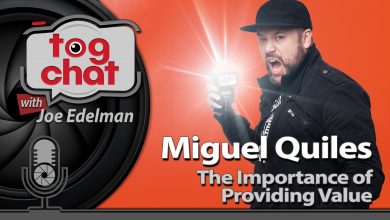 Lighting Master Miguel Quiles and the Importance of Providing Value 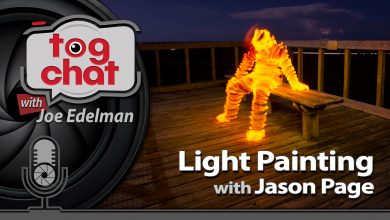 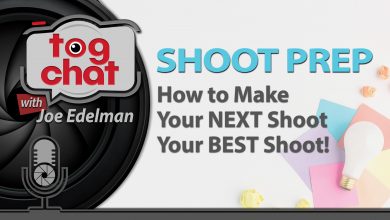 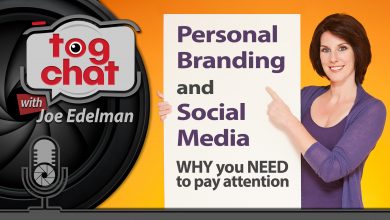 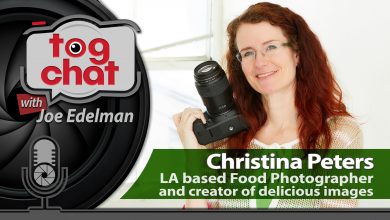