TOGTOPIC:
The Future of Photo Editing Software is Here!

As photographers, we reward manufacturers for making gear or software that makes our photographs better and makes our jobs easier. So part of making our job easier is to make it faster or save us time. So about four years ago on one of my very first TOGCHATS, I was asked about how I thought current cameras and software would evolve my prediction, which I have repeated in numerous talks and demonstrations and events across the country.

Honestly, it kind of freaked out a lot of people, that my prediction was that digital cameras would become video-centric, meaning video first stills second.

I get it, that statement alone is like fighting words to some people. So let me explain. I don’t mean that still photography will go away. In fact, I don’t believe that the still image will ever go away. That is simply because of science. It’s simply because a still image can record a moment and show us things that allows us to see things that our brains are not capable of seeing in a moving video image.

I do however, believe that in an effort to make photographs better and especially to save us time, that we will reach a point where instead of taking a single image, we will automatically record a second or several seconds of video at a time.

Let’s say we’re shooting a portrait. In an effort to get the perfect expression. You might select a two-second sequence. This is not shutter speed. This would be a brand-new setting. It could be one second, two seconds, four seconds, each time you press the shutter.

Let’s say you picked two seconds, the camera will record two seconds of images. If we use one of the current standards of 30 frames per second, that would give you 60 frames. Now I know most of you are thinking “I don’t want to cull through 60 frames every time I press the shutter.” That would be ridiculous. Unless, we have software that can do it for us and do it quickly.

Imagine if you will, that we had software that maybe looks like Adobe Bridge or Adobe Lightroom that would give you a panel where you would check off things like, what is this subject? It may have choices like landscape or animal or people or cars or buildings, and so on. For a portrait, we would check off people, then check off portrait, then head and shoulders, then male or female, then happier or serious, then smile or then soft smile or big smile. And then we would check off eyes open or closed. Then we could check off looking towards the camera or looking away from the camera. These selections that I’m talking about. These are filters, search filters.

The software is using artificial intelligence to eliminate the images that don’t fit our requirements. So those 60 frames can be narrowed down to two or three in literally just a few seconds. Even as recently as this past February, before Covid-19 took over, when I was at WPPI, I had someone tell me that that sounded like something out of a sci-fi movie.

Google already has culling capabilities built into some of its phones, but you see, for years now, we’ve actually had cameras with smile detection or the ability to wait until both of your subject’s eyes were open before firing the shutter. Those aren’t mechanical features, they are software.

So it stands to reason that eventually someone starts to put all of these features together, not in a camera, but in a piece of software that we could use, just like we use Lightroom or Adobe Bridge as part of our regular processing workflow after that happens. And of course let’s face it after that software is refined, it will make more sense at that point for camera manufacturers.

To switch to a video centric design, and we will then pull our still images from short video clips. And that way even less skilled photographers will be capable of capturing meaningful and fleeting decisive moments with confidence and consistency. Now, the first step in that evolution it’s finally happened.

Before I tell you about this, I can already feel, I can feel, I can feel some of you grumbling about change, chill out. Nothing is really gonna change yet, but it’s gonna, so don’t be a dinosaur. You all know how well that worked out, right? So this new software is called Kodak, professional select.

I’ll tell you straight up that I don’t feel that it’s ready for prime time. It is the first release first to market, the first pass at using artificial intelligence to do your image culling. It’s exciting because it’s a major advancement, but like all technology. It will continue to get better and faster, more accurate, and more companies will enter the race.

Let’s face it. I’m sure that Adobe is knee-deep in this technology, especially given all the AI work that they’re doing with Adobe Sensei. So the Kodak Professional Select software runs on your computer, you drag and drop image folders, or just images into a desktop app.

The program runs on Windows and Mac, and the app transmits appropriately sized images for quick and efficient cloud processing. So yes, the AI happens in the cloud, on their servers. And no it’s not uploading full-res files. That would take forever. It generates smaller versions, but you’re still going to need some bandwidth for this as well.

Instead of me explaining all of it, let’s here is their explainer video.

From the Kodak Professional Select website:
Select accepts hundreds to thousands of images and applies our proprietary AI to evaluate each image on two major criteria:

Technical Attributes: color, focus, brightness, exposure, contrast, and sharpness
Aesthetic Qualities: eyes open, smiles, and faces centered
It takes all this data and automatically selects your best photos from across the entire event and showcases them in an easy-to-use interface. You retain total control to make the final selections. With Select’s AI, image culling is completed in minutes.

—-
Try select for yourself by signing up for a 30-day free trial at Devin. There you have it. Now it’s also worth noting. It is pricey $300 per year, but let’s keep it real game, right? When the software evolves and improves. If you’re making your living as a photographer or even, you know, doing it on the side, part-time $300 per year will be more than worth it.

So to be clear, I’m not recommending that you go pay for it now. And by the way, I am not an ambassador. I am not getting paid to show this to you. I have not even downloaded the software and tried it yet because based on what they’re showing me, I don’t feel that it’s ready to sell my needs. They do have a free 30-day trial if you want to get a feel for it.

The reason why I’m not rushing and I’m even suggesting you don’t rush is simple. All of you who rush out and buy the latest and greatest of anything — you should maybe just make it a habit to take a step back and see where new technology is going and realize that in most cases, the latest and greatest is not going to improve your work or your life.

After a few generations, it certainly will, and then the kinks are worked out and the price is more affordable, subscribe to it. You should definitely pay attention to this and other newcomers that are going to come along. This is the future and I, for one, I think it’s going to be absolutely amazing!

FTC Disclosure: No sponsors have paid for inclusion in this show. I am an Olympus Visionary photographer, a Delkin Image Maker, a TetherTools Pro and a StellaPro Champion of Light. These companies do provide me with various pieces of gear that I frequently discuss or mention, however all words and opinions are my own, and I was not asked to produce this show. Product links included in this page are generally Amazon or other Affiliate Program links from which I do earn a commission that helps to support the production of this show.
Tags
Podcast Post Production Software
Please share
Facebook Twitter LinkedIn Pinterest Share via Email
Please share
Facebook Twitter LinkedIn Pinterest Share via Email 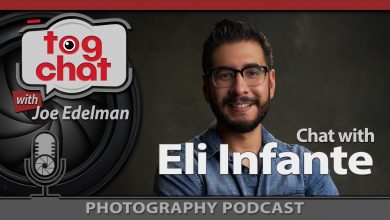 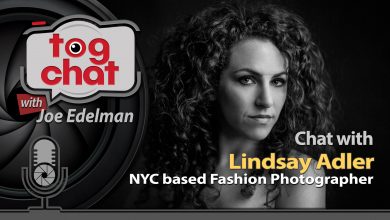 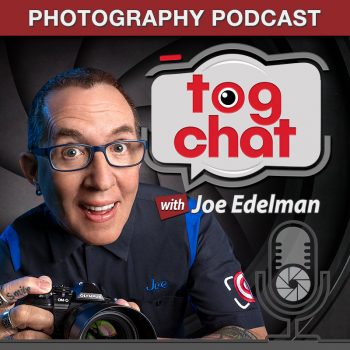 Please Leave A Review
If you listen to the TOGCHAT Photography Podcast on iTunes or any platform that allows reviews, please take a moment to rate and review the show to help me move up in the rankings so that other photographers can find me. Click here to open the Apple Podcast App and the TOGCHAT show page.
Recent Apple Reviews

Must listen to for photogs!

This podcast is beneficial for photographers at any experience levels. The guest interviews are very informative. by Live life candidly from United States

Learn the ‘How’s and Why’s’

Joe stays true to his mission of teaching the ‘How’s and Why’s’ of photography in everything he does. In his podcast, The Last Frame, or his mentoring program, Joe is always an amazing teacher. He pushes you to practice, problem solve and makes you want to be a better photographer. I am so grateful for Joe Edelman’s teachings. They has been life changing to my photography. by ㅓ러야나젇조아조아 from United States

Still the best photography resource out there

One of the most personable and informative photographers there is, with real world experience brought to you in a friendly and fun way. by BigRedJ from United Kingdom

This is honestly a show for those who really want to learn and improve their photography. Joe does not focus on photography drama or latest gear. He ask his guests real down to earth questions that are very helpful to listen to. Thus making the Interviews not only interesting to listen but inspiring. Overall a great show and awesome photography mentor. Highly recommended if you truly want to improve by CL.Jean from Netherlands

I first found Joe on YouTube, then explored the resources on his website, later got to see him live at PhotoPlus Expo, and now enjoy his podcast. He''s an honest, solid photo educator who''s done the work and continues to do it. by Stephen 570 from United States
Leave a Review
Scan Barcode to Leave a Review 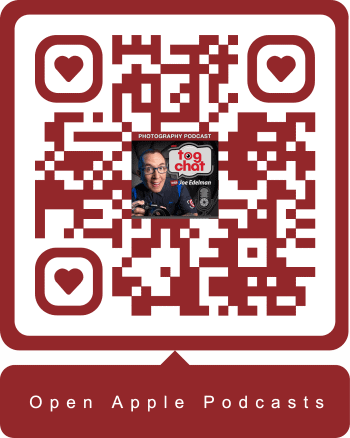 Advertisement
Amazon Links are affiliate ads that do support this website.